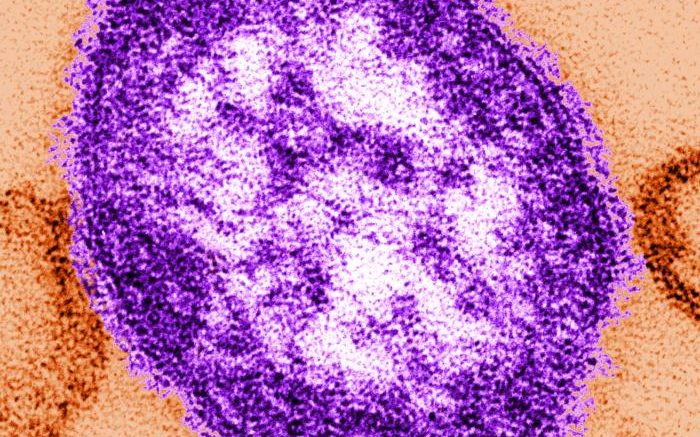 An analysis of the 2018-2019 measles outbreak in New York City--the largest such outbreak in the United States in nearly three decades--identifies factors that made the outbreak so severe: delayed vaccination of young children combined with increased contact among this age group, likely through "measles parties" designed to purposely infect children. The study by Wan Yang, PhD, assistant professor of epidemiology at Columbia University Mailman School of Public Health, has implications for the future, as vaccination rates plummet during the COVID-19 pandemic.

The findings are published in the journal Science Advances.

Yang, an infectious disease modeler who previously published analyses on the spread of influenza and COVID-19, designed a computer model to simulate the transmission of measles in an Orthodox Jewish community in New York City from October 2018 to July 2019 based on city data of measles cases. Around a quarter of young children aged 1 to 4 were estimated to be susceptible to measles at the onset of the outbreak, likely due to delayed vaccination. However, the high number of infections would have been very unlikely without the increased contact between children aged 1 to 4--likely through measles parties.

To contain the outbreak, the New York City Department of Health and Mental Hygiene launched extensive vaccination campaigns and ordered mandatory vaccination of all individuals living, working, or going to school in the affected zip codes. As a result, over 32,000 individuals under 19 years were vaccinated with the measles, mumps, and rubella (MMR) vaccine during October 2018 to July 2019, and the outbreak subsided.

The new study finds that without these campaigns, the measles outbreak could have infected 6,500-8,100 people compared to 649 actual cases. These infections would have largely occurred in young children aged 1 to 4 years and infants under age 1. At least 100 infants were infected during the 10-month outbreak period, despite extensive infection and transmission control efforts, including vaccinating infants 6 months or older and post-exposure prophylaxis with immune globulin given to those under 6 months.

"These findings demonstrate the rippling effects of vaccine hesitancy to all susceptible age groups, particularly to infants too young to receive their first dose of MMR vaccine," says Yang. "Administration of the first dose of the routine MMR vaccine earlier than the current guideline of 1 year may be needed to protect infants if high levels of vaccine hesitancy persist." (The World Health Organization recommends administering the first dose of measles vaccine at 9 to 12 months of age for routine vaccination programs and as early as 6 months for settings such as during an outbreak.)

According to New York City mayor Bill de Blasio, MMR vaccination rates in New York City have dropped by 63 percent for all children and 91 percent among those over age 2 in recent weeks--greatly increasing the potential for a future outbreak of measles and other childhood infections.

"At the moment, chances of an immediate measles outbreak in the City remain low thanks to the recent vaccination campaigns and current social distancing practice. But as the number of unvaccinated children increases and contact resumes, there would be a much greater risk of disease spread. " says Yang. "Social distancing is needed to protect the population from COVID-19 while researchers work to develop a vaccine. Thankfully, for many other life-threatening infections such as measles, mumps, and rubella, we already have vaccinations to protect children from those diseases. It's crucial that parents work with their doctors to make sure their children are vaccinated timely."

The study was funded by a grant the National Institute of Allergy and Infectious Diseases (AI145883).