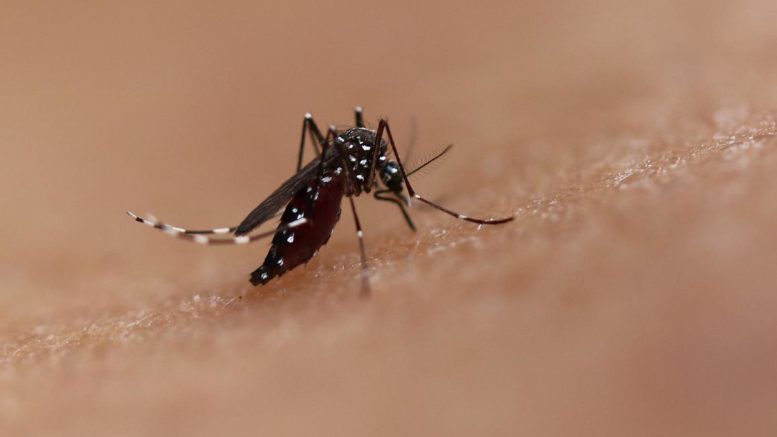 Data from nine cities in Mexico confirms that identifying dengue fever “hot spots” can provide a predictive map for future outbreaks of Zika and chikungunya. All three of these viral diseases are spread by the Aedes aegypti mosquito.

“Our results can help public health officials to do targeted, proactive interventions for emerging Aedes-borne diseases,” Vazquez-Prokopec says. “We’re providing them with statistical frameworks in the form of maps to guide their actions.”

The study encompassed data for 2008 through 2020 from cities in southern Mexico with a high burden of dengue fever cases during that period, along with cases of the more recently emerged diseases of Zika and chikungunya. The cities included Acapulco, Merida, Veracruz, Cancun, Tapachula, Villahermosa, Campeche, Iguala and Coatzacoalcos.

“In this latest paper, we’ve expanded our analysis in scope and geography and shown that the findings are consistent across these nine cities of different sizes and in different regions,” Vazquez-Prokopec says. “We’ve confirmed that dengue, Zika and chikungunya outbreaks tend to concentrate in small areas of a city, and that these hot spots are predictive of where future cases will concentrate.”

Mosquito control efforts generally involve outdoor spraying that covers broad swaths of a city, but the Aedes aegypti mosquito has adapted to live inside houses. Work by Vazquez-Prokopec and collaborators has shown that the best way to control these mosquitos and the diseases they spread is by spraying a long-lasting pesticide indoors — on the ceilings, along the bases of walls, and in other areas of homes where the mosquitos tend to cluster.

This approach — known as targeted indoor residual spraying — is too expensive and time-consuming to apply across a city.

The statistical framework in the current paper, however, allows public health officials to concentrate their efforts on previous hot spots for Aedes-borne diseases to better control — and even prevent — outbreaks.

“The ultimate goal is to give public health officials the power to harness big data and do more effective and efficient mosquito control — even before an epidemic begins,” Vazquez-Prokopec says.

Vazquez-Prokopec is currently leading a consortium in a randomized clinical trial in Merida to test targeted indoor residual spraying as an intervention against Aedes-borne diseases. The five-year trial, launched in 2020, is funded by a $6.5 million grant from the National Institutes of Health.

Dengue fever is sometimes called “break-bone fever” due to the excruciating pain that is among its symptoms. More than one third of the world’s population lives in areas at high risk for infection with the dengue virus, a leading cause of illness and death in the tropics and subtropics.

Dengue is endemic through most of Mexico, where between 75,000 and 355,000 cases occur annually, translating into an economic cost of between about U.S. $150 million and $257 million annually.

Chikungunya is rarely fatal but the symptoms can be severe and debilitating. Zika can cause symptoms similar to those of dengue and chikungunya, such as joint pains and fever. While Zika tends to be less debilitating, or even asymptomatic, if a pregnant woman contracts the virus it can have a catastrophic impact on her unborn child, including severe brain defects.