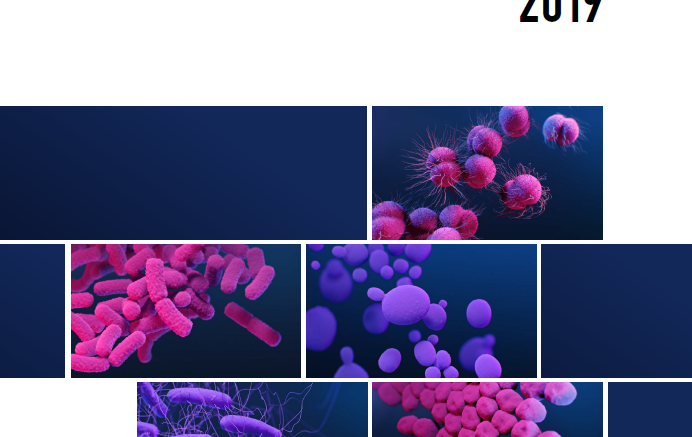 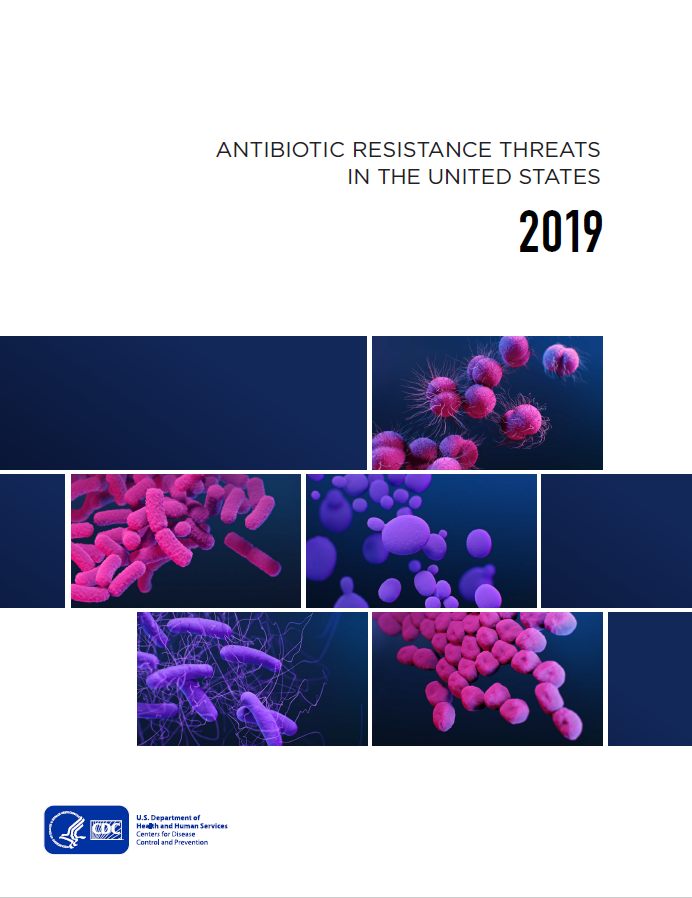 The Centers for Disease Control and Prevention (CDC) today released its updated Antibiotic Resistance Threats in the United States (AR Threats Report) indicating that antibiotic-resistant bacteria and fungi cause more than 2.8 million infections and 35,000 deaths in the United States each year. That means, on average, someone in the United States gets an antibiotic-resistant infection every 11 seconds and every 15 minutes someone dies. When Clostridioides difficile, a bacterium which is not typically resistant but can cause deadly diarrhea and is associated with antibiotic use, is added to these, the U.S. toll of all the threats in the report exceeds 3 million infections and 48,000 deaths.

Using data sources not previously available, the new report shows that there were nearly twice as many annual deaths from antibiotic-resistant infections as CDC originally reported in 2013. Since then, the new report shows, prevention efforts have reduced deaths from antibiotic-resistant infections by 18 percent overall and by nearly 30 percent in hospitals. Without continued vigilance, however, this progress may be challenged by the increasing burden of some infections.

In recent years, there have been fewer infections from five of the germs previously listed as “serious.” Infections from the urgent threat “nightmare bacteria” carbapenem-resistant Enterobacteriaceae (CRE) have remained stable—a noteworthy accomplishment given how quickly and broadly this deadly germ spread across the United States in the early 2000s.

“The new AR Threats Report shows us that our collective efforts to stop the spread of germs and preventing infections is saving lives,” says Robert R. Redfield, MD, director of the CDC. “The 2013 report propelled the nation toward critical action and investments against antibiotic resistance. Today’s report demonstrates notable progress, yet the threat is still real. Each of us has an important role in combating it. Lives here in the United States and around the world depend on it.”

New in the 2019 report:
• Antibiotic resistance threats list—The list of 18 germs includes two new urgent threats: drug-resistant Candida auris and carbapenem-resistant Acinetobacter, bringing the number of urgent threats to five. These are added to the three identified in 2013: CRE, Neisseria gonorrhoeae, and Clostridioides difficile.
• Watch list—The new report identifies three additional germs that have yet to spread resistance widely or are not well understood in the United States, but that CDC and other public health experts closely monitor.
• Trends—For some germs, CDC studied how estimates of antibiotic-resistant infections and deaths have changed over time. Resistant infections and deaths from germs often associated with hospitals are steadily declining. Resistance to essential antibiotics is increasing in seven of the 18 germs.
• Electronic health data—For the first time, the infection and death estimates for healthcare-associated germs were calculated using electronic health data from hospitals.

Overall, there has been significant progress preventing infections and deaths from resistant germs typically associated with hospitals. Deaths from antibiotic-resistant infections in hospitals went down 28 percent from 2012 to 2017. Nevertheless, antibiotic-resistant germs often found in healthcare, including CRE and methicillin-resistant Staphylococcus aureus (MRSA), caused more than 85 percent of the total deaths calculated in the report.

CDC strategies—preventing spread of germs, preventing device- and procedure-related infections, implementing the Containment Strategy to stop spread of emerging threats, and improving antibiotic use in outpatient settings by five percent—have helped hospitals and public health departments combat the antibiotic-resistant threats across the nation. Further preventing infections, including getting ahead of sepsis, and stopping the spread of germs will save more lives.

However, CDC is concerned about antibiotic-resistant infections that are on the rise in the community:
• Drug-resistant Neisseria gonorrhoeae: More than half a million resistant gonorrhea infections occur each year, twice as many as reported in 2013. Gonorrhea-causing bacteria have developed resistance to all but one class of antibiotics, and half of all infections are resistant to at least one antibiotic. These infections contribute to significant adverse reproductive health outcomes, such as infertility in women and to new HIV infections especially in men.
• Extended-spectrum beta-lactamase (ESBL)-producing Enterobacteriaceae: ESBL-producing Enterobacteriaceae are one of the leading causes of death from resistant germs. They make urinary tract infections harder to treat, especially in women, and could undo progress made in hospitals if allowed to spread there.
• Erythromycin-resistant group A Streptococcus: Invasive infections from these germs have quadrupled since the 2013 report. If resistance continues to grow, infections and deaths could rise.

For the first time, CDC used electronic health data from U.S. hospitals to measure the burden of antibiotic-resistant infections, including attributable mortality, for seven of the 18 germs listed. CDC researchers assessed all 18 threats according to seven factors associated with resistant infections: health impact, economic impact, how common the infection is, a 10-year projection of how common it could become, how easily it spreads, availability of effective antibiotics, and barriers to prevention. Because new methods have been used, the burden of some germs can be compared to the 2013 estimates while others cannot.

Through its AR Solutions Initiative, CDC will continue to take a comprehensive approach to antibiotic resistance:
• Sizable investments in every U.S. state in programs such as the AR Lab Network to rapidly detect and help prevent antibiotic-resistant infections.
• Partnerships with groups such as the Centers for Medicare and Medicaid Services, the Agency for Healthcare Research and Quality, and other Federal partners, data experts, and healthcare providers and veterinarians to improve the use of the antibiotics we have now.
• CDC and the U.S. Food and Drug Administration will continue to supply samples of resistant germs from the AR Isolate Bank to drug and diagnostic test developers who can uncover new drugs and treatments.
• Investing millions of dollars finding prevention strategies that can be scaled up across the nation.
• Working with private industry to enhance food-product safety, medical devices, and surveillance capabilities.
• Coordinating with domestic partners to expand the national response and prevention capacity, and with global partners to enhance our ability to combat the growing threat of antibiotic resistance worldwide.

Be the first to comment on "More People in the U.S. Dying from Antibiotic-Resistant Infections Than Previously Estimated"