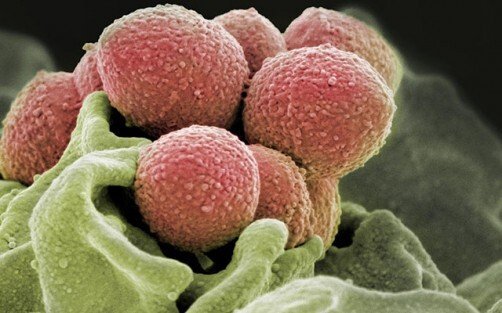 CARB-X, an international non-profit partnership of private, academic and government institutions, has awarded SutroVax, Inc., a Northern California-based biopharmaceutical company, with an award of up to $15 million to develop a universal vaccine for Group A Streptococcus (GAS), the bacteria that causes pharyngitis or strep throat.

The novel effort is based upon original research by scientists at University of California San Diego School of Medicine, who will collaborate on vaccine development and conduct initial testing.

Each year, there are more than 600 million cases worldwide of pharyngitis, an infection and inflammation of the pharynx — the membrane-lined cavity at the back of the throat. The condition is highly contagious and prevalent among school-age children. While typically causing only minor illness, GAS can also pose a serious health threat when it invades the bloodstream or deeper tissues to produce severe infections, such as sepsis, necrotizing fasciitis (flesh-eating disease), and toxic shock syndrome. GAS is also the trigger for post-infectious immune-mediated rheumatic heart disease, which kills more than 300,000 people annually.

Currently, there is no safe, efficacious commercial vaccine against GAS.

The GAS vaccine development program is based upon published research by Victor Nizet, MD, professor of pediatrics and pharmacy at UC San Diego School of Medicine, Nina van Sorge, PharmD, PhD, a former post-doctoral fellow in Nizet’s lab and now associate professor at Utrecht University Medical Center in the Netherlands, and colleagues.

In 2014, Nizet, van Sorge and collaborators identified the genes encoding a molecule that famously defines GAS. The findings shed new light on how strep bacteria resists the human immune system and provided a new strategy for a vaccine. The patented discoveries were licensed to SutroVax, a biotech firm located in Foster City, Ca. that specializes in novel complex antigen-based vaccines.

Efforts to develop a GAS vaccine have been significantly hindered by complexities in how the human immune system reacts to the bacterial pathogen. Specifically, some patients with strep infections produce antibodies that cross-react with their own heart valve tissue, leading to rheumatic heart disease. Though rare in the United States, rheumatic fever remains common in some developing countries and causes significant disability and death. An important concern in GAS vaccine development is to avoid selecting bacterial antigens that could inadvertently trigger such an autoimmune reaction in humans.

Nizet, van Sorge and colleagues believe they found a way to circumvent the damaging autoimmune response triggered by strep. The strep cell wall is primarily composed of a complex molecule known as the group A carbohydrate (GAC) which, in turn, is built from repeating units of the bacterial sugar rhamnose and the human-like sugar N-acetylglucosamine (GlcNAc).

“Because GAC is universally conserved among all GAS strains and elicits protective antibodies in natural infection, it is an attractive candidate for vaccine development,” said Nizet. “The catch has been previous research indicating that GlcNAc sugars present in GAC may be responsible for triggering production of heart-damaging antibodies in some patients.

“The fundamental advance provided by UC San Diego research was the discovery of the GAS genes that encode the machinery for GAC synthesis, and thus a way to eliminate the pathogen’s ability to add GlcNAc sugars on the molecule.”

Funding for the vaccine project is based on development milestones. CARB-X is the world’s largest funder of antibacterial development research, with 30 active projects in five countries. Since launching in 2016, it has awarded more than $130.5 million. An effective vaccine against GAS pharyngitis would mean a large reduction in global antibiotic use, alleviating the selective pressure for antibiotic resistance development.