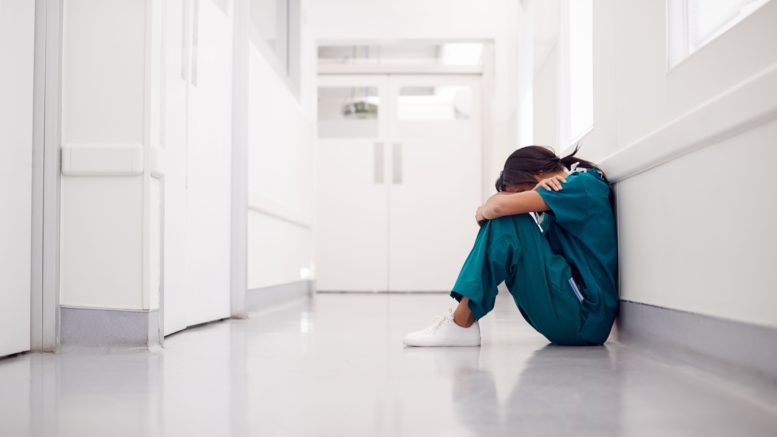 A new report summarizes the findings from a national survey of frontline health care workers during the early days of the COVID-19 pandemic, finding that many reported unsafe working conditions and retaliation for voicing their concerns to employers. The survey, launched in May 2020 by staff and student researchers at the George Washington University, provides a snapshot of the experiences of frontline healthcare workers providing care for millions of Americans during the pandemic.

"This survey gives a voice to U.S. healthcare workers who have been on the frontlines of COVID-19," David Michaels, a professor of environmental and occupational health at the George Washington University and former administrator of the Occupational Safety and Health Administration, said. "Healthcare workers have valuable first-hand knowledge about this pandemic and this report offers recommendations that could help keep the U.S. on a steady course now and in the future."

There are more than 18 million healthcare workers in the U.S. and those on the frontlines of the pandemic have much to say about what should be done to prevent future exposures to the virus and other issues. The GW researchers developed an online survey to better understand the experiences of healthcare workers, including questions about working conditions and safety related concerns.

About 1,200 healthcare workers from all 50 states and the District of Columbia took the survey and the GW researchers analyzed the data collected during a two-month period from the beginning of May 2020 until the end of June 2020.

The following concerns were repeatedly mentioned in survey responses:

Many of the survey respondents were nurses and the majority worked in a hospital setting. For safety concerns, many healthcare workers mentioned the lack of personal protective equipment during the early days of the pandemic. Respondents also said they lived with the fear of losing their job if they voiced their concerns and they also expressed frustration with constantly changing employer and national guidelines.

"The responses to the survey contain important insights that cannot be gleaned from statistics alone," Nathan L. McCray, a lead author of the report, said. "Workers voiced a range of experiences during the first few months of pandemic, including those that were positive and others that were excruciating." McCray worked on the report while a research associate at the GW Milken Institute School of Public Health.

For example, some workers reported that their employer had taken steps to provide them with the protective equipment they needed to stay safe while others described being devalued or treated as disposable. Still others said they were afraid of getting sick or bringing the virus home to vulnerable family members.

"This survey was anonymous and healthcare workers said they appreciated having a safe space to share their concerns," Brenda M. Trejo Rosas, a research associate and doctoral student at the GW Milken Institute School of Public Health, as well as lead author, said. "Our report exposes the impact of power dynamics in the work environment."

The survey also asked frontline workers for solutions to some of the problems they described in the survey. Health care workers stressed the need for improved communication and worker protection policies based on scientific evidence.

They also recommended that the federal government step up and increase the national stockpile of personal protective equipment. Such a stockpile would help the nation better prepare for the next wave of this pandemic or a future pandemic, they said.

In addition, the healthcare workers who participated in the survey called for employers to treat them with respect and asked for labor rights such as time off, mental health care and zero tolerance for bullying or retaliation.

Authors of the report include McCray, Trejo Rosas, Shamet Qejvani, Shateara Hall, Bani Bhattacharya, Laura M. Neumann and Ans Irfan--all of whom worked on the survey as part of the GW Milken Institute School of Public Health Department of Environmental and Occupational Health. Multiple Milken Institute School of Public Health students also assisted with the qualitative coding and promotion of the survey.

Michaels and Melissa Perry, a professor and chair of the Department of Environmental and Occupational Health, provided guidance in producing the report. The McElhattan Foundation and the Institute for New Economic Thinking provided financial support for the survey and the report