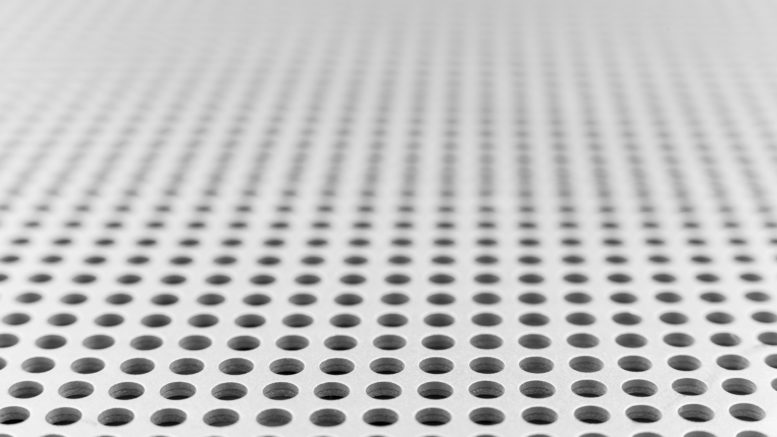 The novel coronavirus pandemic has caused an increased demand for antimicrobial treatments that can keep surfaces clean, particularly in healthcare settings. Although some surfaces have been developed that can combat bacteria, what's been lacking is a surface that can also kill off viruses. Now, researchers have found a way to impart durable antiviral and antibacterial properties to an aluminum alloy used in hospitals, according to a report in ACS Biomaterials Science & Engineering.

Among other mechanisms, viruses and bacteria can spread when a person touches a site where germs have settled, such as a doorframe, handrail or medical device. A healthy person can often fight off these bugs, but hospital patients can be more vulnerable to infection. The number of hospital-acquired infections has been on the decline in the U.S., but they still cause tens of thousands of deaths every year, according to the U.S. Department of Health and Human Services. Chemical disinfectants or coatings containing hydrophobic compounds, silver ions or copper can reduce infectious contaminants on surfaces, but these treatments don't last. However, nature has developed its own solutions for battling microorganisms, including microscopic structural features that render some insect wings lethal to bacteria. Scientists have replicated this effect by forming surfaces covered with minute pillars and other shapes that distort and kill bacterial cells. But Prasad Yarlagadda and colleagues wanted to inactivate viruses as well as bacteria, so they set out to generate a novel nanoscale topography on long-lasting, industrially relevant materials.

The team experimented with disks of aluminum 6063, which is used in doorframes, window panels, and hospital and medical equipment. Etching the disks with sodium hydroxide for up to 3 hours changed the initially smooth, hydrophobic surface into a ridged, hydrophilic surface. Bacteria or viruses were then applied to the etched disks. Most of the Pseudomonas aeruginosa and Staphylococcus aureus bacteria were inactivated after 3 hours on the surface, while viability of common respiratory viruses dropped within 2 hours; both results were better than with plastic or smooth aluminum surfaces. The disks retained their effectiveness even after tests designed to mimic hospital wear and tear. The researchers note this is the first report to show combined antibacterial and antiviral properties of a durable, nanostructured surface that has the potential to stop the spread of infections arising from physical surfaces in hospitals. This strategy could be extended to surfaces in other public areas, such as cruise ships, planes and airports, they say. The team is now studying the effects of their nano-textured aluminum surfaces on the novel coronavirus.

The authors acknowledge funding from the Australian Research Council.

Be the first to comment on "New Antiviral, Antibacterial Surface Could Reduce Spread of Infections in Hospitals"