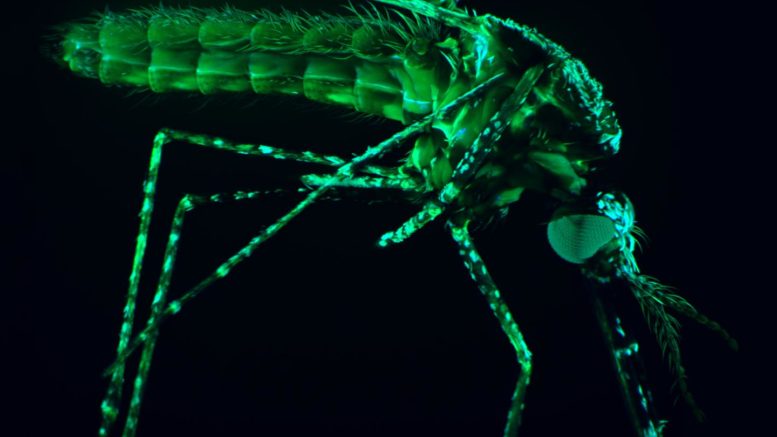 Australian researchers have found a new drug target for stopping the spread of malaria, after successfully blocking the world's deadliest malaria parasite -- Plasmodium falciparum -- from completing the 'transmission stage' of its lifecycle.

Using small molecule inhibitors developed at the Walter and Eliza Hall Institute, the researchers blocked plasmepsin V, an enzyme essential for the development of gametocytes which are the only form of the parasite that can be transmitted from humans to mosquitoes.

The research, published today in Cell Reports, was led by associate professor Justin Boddey from the Walter and Eliza Hall Institute and University of Melbourne, in collaboration with Professor Vicky Avery from Griffith University in Queensland.

Using small molecule inhibitors developed at the Institute, the researchers blocked the export of gametocyte proteins - a process essential for malaria transmission. Blocking the transmission stage of the malaria parasite lifecycle is vital for developing preventative therapies that stop the spread of disease.

More than half a million people die from malaria every year and Plasmodium falciparum - the most lethal of all malaria parasites - is responsible for 90 percent of infection cases. Due to the parasite's ability to constantly mutate and develop resistance to therapies, new preventions and treatments that act across different stages of the malaria parasite lifecycle - the liver stage, blood stage and transmission stage - are now required

Boddey said the team had gained new ground towards malaria elimination because blocking the parasite's transmission stage was important for developing preventative therapies that stop the spread of disease.

"It was exciting to find that plasmepsin V plays a role in malaria transmission, and that our inhibitors could target plasmepsin V and block transmission to the mosquito from occurring," Boddey said. "We showed that an optimal concentration of the inhibitors could kill gametocytes, and that even with a lower dose, the gametocytes made it all the way through their two-week development phase but still couldn't complete the task of transmitting infection to mosquitoes. This shows plasmepsin V is a target for transmission-blocking drugs," he said.

Using the Institute's insectary facilities, the researchers were able to study how gametocytes transmit malaria from human blood to a mosquito. They demonstrated, using gametocyte-specific fluorescent 'tags', that plasmepsin V was critical for the export of gametocyte proteins - a process essential to gametocyte transmission - before proving their compounds could stop this process in its tracks.

The results build on previous Institute studies including in 2014 when researchers discovered plasmepsin V was an effective drug target for killing the malaria parasite in the asexual blood stage of its lifecycle, when malaria symptoms - such as fever, chills, muscle pain and nausea - occur.

Institute chemical biologist Dr. Brad Sleebs, who was involved in both the current and previous plasmepsin V studies, said the enzyme was proving to be an ideal drug target because of its importance for parasite survival at different stages of the malaria lifecycle.

"It's encouraging to observe inhibitors that target plasmepsin V are effective against both the asexual blood and sexual transmission stages of the parasite's lifecycle," he said. "Our research demonstrates that an antimalarial treatment targeting plasmepsin V has potential, not only in treatment of the disease, but also as a preventive population control measure," Sleebs said.

Boddey said the research had been an example of how basic and translational knowledge was established from each new study building on the last. "It's been a rewarding journey from identifying the function of plasmepsin V, to developing inhibitors that block it and kill the malaria parasite, to now validating this enzyme's dual function as an effective blood stage and transmission-blocking drug target."

The researchers are now turning their attention to the role of plasmepsin V in the remaining pillar of the malaria lifecycle: the liver stage.

Boddey said the aim was to assess plasmepsin V as a multi-stage drug target for treating, as well as preventing, the spread of malaria; and to understand the unique biology occurring during liver infection.

"We are also collaborating with Merck and the Wellcome Trust to develop drugs targeting plasmepsin V in multiple parasite species," he said.

The research was supported by the Australian National Health and Medical Research Council of Australia, the CASS Foundation and the Victoria Government.