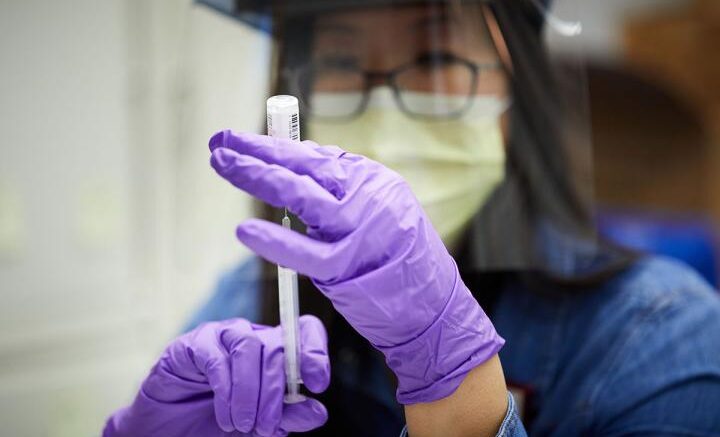 New research at Washington University School of Medicine in St. Louis indicates that three new, fast-spreading variants of the virus that cause COVID-19 can evade antibodies that work against the original form of the virus that sparked the pandemic. With few exceptions, whether such antibodies were produced in response to vaccination or natural infection, or were purified antibodies intended for use as drugs, the researchers found more antibody is needed to neutralize the new variants.

The findings, from laboratory-based experiments and published March 4 in Nature Medicine, suggest that COVID-19 drugs and vaccines developed thus far may become less effective as the new variants become dominant, as experts say they inevitably will. The researchers looked at variants from South Africa, the United Kingdom and Brazil.

"We're concerned that people whom we'd expect to have a protective level of antibodies because they have had COVID-19 or been vaccinated against it, might not be protected against the new variants," said senior author Michael S. Diamond, MD, PhD, the Herbert S. Gasser Professor of Medicine. "There's wide variation in how much antibody a person produces in response to vaccination or natural infection. Some people produce very high levels, and they would still likely be protected against the new, worrisome variants. But some people, especially older and immunocompromised people, may not make such high levels of antibodies. If the level of antibody needed for protection goes up tenfold, as our data indicate it does, they may not have enough. The concern is that the people who need protection the most are the ones least likely to have it."

The virus that causes COVID-19, known as SARS-CoV-2, uses a protein called spike to latch onto and get inside cells. People infected with SARS-CoV-2 generate the most protective antibodies against the spike protein.

Consequently, spike became the prime target for COVID-19 drug and vaccine developers. The three vaccines authorized by the Food and Drug Administration (FDA) for emergency use in the U.S. -- made by Pfizer/BioNTech, Moderna and Johnson & Johnson -- both target spike. And potent anti-spike antibodies were selected for development into antibody-based drugs for COVID-19.

Viruses are always mutating, but for nearly a year the mutations that arose in SARS-CoV-2 did not threaten this spike-based strategy. Then, this winter, fast-spreading variants were detected in the United Kingdom, South Africa, Brazil and elsewhere. Sparking concern, the new variants all carry multiple mutations in their spike genes, which could lessen the effectiveness of spike-targeted drugs and vaccines now being used to prevent or treat COVID-19. The most worrisome new variants were given the names of B.1.1.7 (from the U.K.), B.1.135 (South Africa) and B.1.1.248, also known as P.1 (Brazil).

To assess whether the new variants could evade antibodies made for the original form of the virus, Diamond and colleagues, including first author Rita E. Chen, a graduate student in Diamond's lab, tested the ability of antibodies to neutralize three virus variants in the laboratory.

The researchers tested the variants against antibodies in the blood of people who had recovered from SARS-CoV-2 infection or were vaccinated with the Pfizer vaccine. They also tested antibodies in the blood of mice, hamsters and monkeys that had been vaccinated with an experimental COVID-19 vaccine, developed at Washington University School of Medicine, that can be given through the nose. The B.1.1.7 (U.K.) variant could be neutralized with similar levels of antibodies as were needed to neutralize the original virus. But the other two variants required from 3.5 to 10 times as much antibody for neutralization.

Then, they tested monoclonal antibodies: mass-produced replicas of individual antibodies that are exceptionally good at neutralizing the original virus. When the researchers tested the new viral variants against a panel of monoclonal antibodies, the results ranged from broadly effective to completely ineffective.

Since each virus variant carried multiple mutations in the spike gene, the researchers created a panel of viruses with single mutations so they could parse out the effect of each mutation. Most of the variation in antibody effectiveness could be attributed to a single amino acid change in the spike protein. This change, called E484K, was found in the B.1.135 (South Africa) and B.1.1.248 (Brazil) variants, but not B.1.1.7 (U.K.). The B.1.135 variant is widespread in South Africa, which may explain why one of the vaccines tested in people was less effective in South Africa than in the U.S., where the variant is still rare, Diamond said.

"We don't exactly know what the consequences of these new variants are going to be yet," said Diamond, also a professor of molecular microbiology and of pathology & immunology. "Antibodies are not the only measure of protection; other elements of the immune system may be able to compensate for increased resistance to antibodies. That's going to be determined over time, epidemiologically, as we see what happens as these variants spread. Will we see reinfections? Will we see vaccines lose efficacy and drug resistance emerge? I hope not. But it's clear that we will need to continually screen antibodies to make sure they're still working as new variants arise and spread and potentially adjust our vaccine and antibody-treatment strategies."