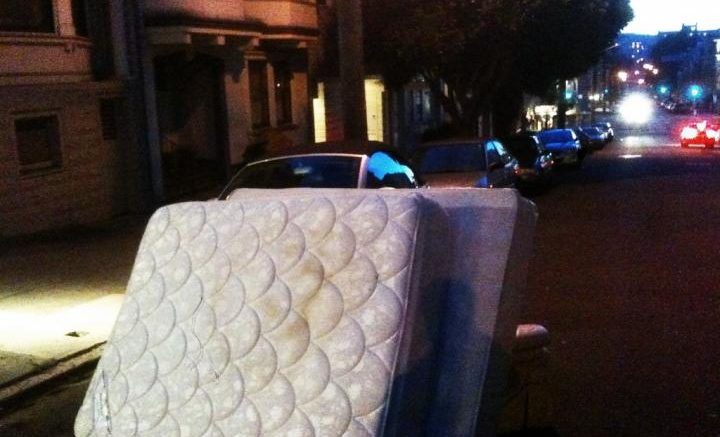 In the first study to use systematically collected data from multifamily housing inspections to track bed bug infestation, investigators including Christopher Sutherland at the University of Massachusetts Amherst "confirm what has long been suspected for bed bugs, but also for public health issues in general" -- infestations are strongly associated with socioeconomic factors, including neighborhood income, eviction rates and crowding.

Writing in People and Nature about their Chicago-area study, biostatistician Sutherland, with biologist Daniel Schneider and urban planner Andrew Greenlee, both of the University of Illinois at Urbana-Champaign, point out that documenting the scale of the bed bug's "dramatic resurgence" as a common household pest and identifying socioeconomic factors that determine infestation risk are challenging, because data usually come from self-reporting, which has potential for bias.

But "unlike previous research, our data come from systematic inspections with known sampling effort and are, therefore, uniquely able to attribute observed reductions to declines in bed bug prevalence rather than trends in reporting," they add.

Sutherland and colleagues say the evidence of higher risk of bed bug infestation in poorer neighborhoods, in areas where evictions are more common and in more crowded neighborhoods "provides important empirical evidence of the disproportionate allocation of public health burdens upon neighborhoods already facing multiple dimensions of disadvantage -- for example, poverty, contaminated water and health inequalities."

Sutherland says he was surprised that the patterns were borne out so strongly. "It's discouraging that we still have these extreme polarities in society," he notes. "Differences in socioeconomic factors means that these public health burdens fall on groups that are less able to cope with them than their more affluent neighbors. We shine a light on yet another public health concern that points squarely to who is bearing the burdens."

Schneider, an expert in dispersal ecology - how species move to new habitats and get extinguished - adds, "The map of where people are most at risk for bed bugs looks like the same areas where more kids have asthma, lead in the bloodstream and likely even COVID-19. How cynical we were coming into this determined how surprised we were by the findings."

The authors' analysis uses administrative data on inspections from Chicago's Department of Buildings. From 2006 to 2018, addresses of 21,340 multi-story multiple dwelling residential buildings four stories or higher, and mixed residential/ commercial building three stories or higher, saw a total 56,384 periodic inspections. Of these, 491 resulted in definitive bed bug evidence - a code violation - at the property. These bed bug-positive inspections occurred at 446 unique properties, indicating that some had bed bugs present across multiple inspections, they note.

Using this and other data, the researchers aggregated the number of inspections and violations in each year at the census tract level and derived socioeconomic measures of each tract. From this, they identified four broad socioeconomic categories - residential stability, housing affordability, resident demographics and neighborhood housing characteristics - and nine variables associated with them.

Their analyses showed that, "in addition to significant variation among years, neighborhood-level median household income was the strongest predictor of bed bug prevalence. Eviction rate and crowding had significant, but relatively smaller effects. We did not find evidence that bed bug prevalence was influenced by mobility rate, percent of renter households, or the percent population with a graduate degree."

Schneider says, "This is just one facet of a larger problem. This is not just a bed bug problem, and if you stack public health issues on top of each other we believe these will correlate strongly." The work appears in an open-access journal, Sutherland says, "so anyone can access the data. We tried hard to make the language clear enough for policymakers, to show that this is more evidence of serious public health disparity."

This study grew out of a two-year, interdisciplinary workshop the authors organized for the National Science Foundation's National Socio-Environmental Synthesis Center (SESYNC) to study bed bug history, sociology, ecology, entomology, urban planning and epidemiology. The research combined existing environment and social data, melding "ideas that existed but were not synthesized together before," in Schneider's words.