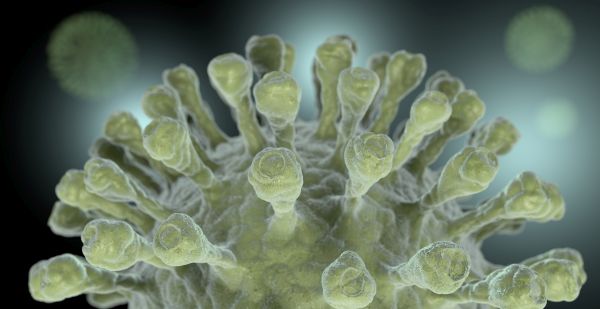 A new method to monitor epidemics like COVID-19 gives an accurate real-time estimate of the growth rate of an epidemic by carefully evaluating the relationship between the amount of viruses in infected people's bodies, called the viral load, and how fast the number of cases is increasing or decreasing.

"This new method, which effectively links what we know about how the virus grows within the body to the dynamics of how the virus spreads across a population, provides a brand new metric that public health officials, policy makers, and epidemiologists will be able to use to get up-to-date real-time information on the epidemic," said Michael Mina, assistant professor of epidemiology at Harvard T.H. Chan School of Public Health and a core member of the Center for Communicable Disease Dynamics.

Mina is the senior author of a paper that describes the method, published June 3, 2021 in the journal Science.

Monitoring epidemics is essential for public health response to understand how well interventions like masks, lockdowns, or vaccines are working, and to know where to distribute extra resources when cases are rising.

The current approaches to monitoring epidemics rely almost entirely on following case counts or hospitalization rates over time, and looking at test positivity rates and deaths. Throughout the COVID-19 pandemic, for example, daily case data like that published by the New York Times has been crucial for public health officials and researchers to evaluate how well states and countries are controlling the spread of the SARS-CoV-2 virus that causes COVID-19. However, these types of data can often be of only limited use because of variable testing practices or poor reporting. For example, a growing epidemic might look like it is leveling off if testing capacity is maxed out or if reporting is delayed because resources are being focused elsewhere. These pitfalls of monitoring case reports over time can adversely impact appropriate public health responses.

Because outbreaks grow or fall exponentially, when cases are growing, most people who are positive at any moment in time will have been recently infected and will thus have higher viral loads--as measured in PCR (polymerase chain reaction) tests--at the time that they are tested. This is because the virus is at its peak amount in the body early after infection and then falls to very low but still detectable levels in PCR tests over weeks or even months after infection. When the outbreak is slowing down and cases are falling, the average person who is detected as positive in surveillance testing will have been infected potentially weeks before testing and thus will have lower viral loads at the time of testing.

To better track pandemic hotspots, researchers at Harvard Chan School developed a mathematical tool that carefully evaluates the relationship between viral load--measured from the PCR test in a value called the cycle threshold (Ct value)--and how fast cases are increasing or decreasing. Using even the relatively small number of 30 SARS-CoV-2 positive samples taken from surveillance testing on a single day can give an accurate real-time estimate of the growth rate of the epidemic. When Ct values are available from multiple time points, the researchers discovered that they can use even a very limited amount of positive results to reconstruct the epidemic curve and estimate how many people have been infected over time.

Even viral amounts detected in positive PCR test samples collected from one location at just a single point in time can help estimate the growth or decay rate of an outbreak across a population, the researchers found.

In the U.S. and in much of the world, the PCR Ct values--the values that show how much virus is collected on the swab from someone's nose--are often discarded and the results of the PCR test returned with a simple "positive" or "negative" result.

"Our work demonstrates just how valuable the Ct values are and why we should not only stop our current practice of throwing them away, but why we should instead make them a key piece of data to collect for our pandemic response," said Mina, who has previously published on the use of PCR Ct values to aid in clinical decision making and who has been a leader in developing new approaches for using COVID-19 tests to limit the disease's spread.

James Hay, who co-led the research as a postdoctoral researcher in Mina's lab, stressed that the new technique is not COVID-19-specific but is a method that will be valuable for monitoring outbreaks and epidemics of other viruses in the future. "This tool is not just for COVID, but rather provides a new approach to estimating epidemic trajectories of many types of viruses, and is an approach that does not rely on potentially biased approaches like counting cases over time and will not be reliant on accurate reporting of cases or hospitalization," he said.

Other Harvard Chan School researchers who contributed to the study include Lee Kennedy-Shaffer and Marc Lipsitch.