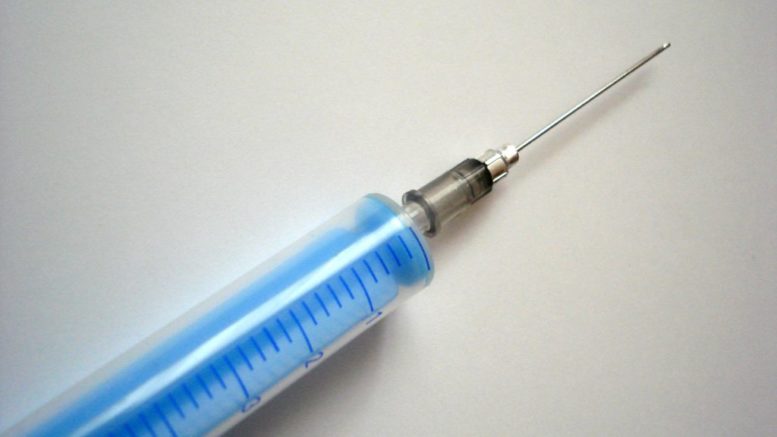 By comparing needles and syringes to disease-carrying mosquitoes, an innovative mathematical model of how the hepatitis C virus spreads is offering scientists new perspectives on how best to prevent its proliferation.

The insights offered by the model are of particular importance in the context of the nation's opioid epidemic and the related Hepatitis C virus outbreaks among people who inject drugs.

"Mathematical models like this give us new perspectives on complicated phenomena, like the spread of hepatitis C virus in the community of people who inject drugs," said Brandon Ogbunu, an assistant professor in Brown University's Department of Ecology and Evolutionary Biology and senior author on the study. "It gives us a picture of the different knobs and levers that determine this phenomenon. Looking at needles like mosquitoes can give us a different lens on interventions and prevention measures."

The model and findings were published on Wednesday, Sept. 4, in the journal Proceedings of the Royal Society Interface.

Hepatitis C is a blood-borne viral infection that can cause serious liver damage, yet the symptoms can take decades to appear, which is why it is called a "silent epidemic," Ogbunu said. Hepatitis C virus has, for decades, been spread among communities of people who inject drugs.

By inserting different values into the model, Ogbunu and his team found that simply removing used needles doesn't reduce the spread of Hepatitis C. Instead, it's important to replace infected needles with new ones or change the ratio of infected to uninfected needles. He said this finding has implications for harm reduction agencies, suggesting the importance of adding screening for Hepatitis C virus and other blood-borne diseases to needle exchange programs and the additional value of safe consumption spaces that expressly halt needle sharing.

And more research is needed to better understand these communities of people who inject drugs, he added.

"In the case of these modern opioid outbreaks, we really need data on the sharing networks," Ogbunu said. "What is injection drug use as a social phenomenon? How are people actually sharing needles?"

He said that comparing the spread of hepatitis C virus to that of mosquito-borne malaria can spark creative ideas to reduce transmission -- such as creating needles and syringes that cannot harbor viruses, similar to genetically engineered mosquitoes that cannot spread malaria.

Ogbunu will continue his research by studying how people who inject drugs share needles and what aspects of the sharing networks foster or hinder the spread of blood-borne diseases.

He added that because no one knows what epidemics the future holds, mathematical models like this one -- which can compare new pathogens to well-studied diseases -- could provide insight into how microbes spread, even if the microbes are quite different biologically.

In addition to Ogbunu, other authors on the paper include Miles Miller-Dicksonand Victor Meszaros, both research assistants in Ogbunu's labat Brown University, and Salvador Almagro-Moreno from the University of Central Florida.