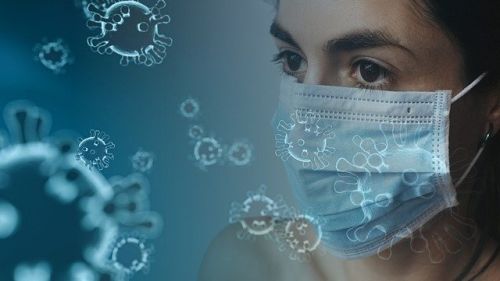 To help public health officials create a data-centric approach to reopening towns, Maurizio Porfiri, Agnieszka Truszkowska and Zhong-Ping Jiang from the NYU Tandon School of Engineering, expanded on an agent-based model (ABM) they developed in January this year to predict the spread of COVID-19.

The improved model offers accurate treatment of human mobility to capture the epidemiological implications of gradually reopening the economy. By considering a vaccination rate of about 0.5% of the population per day, the researchers determined that increasing access to social gatherings in leisure locations and households, public transportation and work environments at a 1% daily rate would lead to a nearly 30% increase in fatalities within the next three months. However, they also demonstrated that a vaccination rate of at least 1% population per day would support a safe, rapid reopening, a demonstration of the critical role the vaccine roll-out plays in safe reopening of population centers.

“This model provides additional evidence to support the need for rapid vaccinations before areas can open safely,” said Porfiri. “Areas with low vaccination numbers, under 1% of the population per day, should express extreme caution with their strategies to open up the economy and should focus their efforts on increasing the rate of vaccinations.”

The research specifically focused on the town of New Rochelle, located in Westchester County in New York state. The ABM replicates, geographically and demographically, the town structure obtained from U.S. Census statistics and superimposes a high-resolution — both temporal and spatial — representation of the epidemic at the individual level, considering physical locations as well as unique features of communities, like human behavioral trends or local mobility patterns. While New Rochelle’s high vaccination rates make this model no longer relevant to advise on the town’s plans to reopen, the model can be used to inform public health decisions in towns that are lagging in their vaccination campaigns.

This research was funded with the support of the National Science Foundation and Compagnia di San Paolo.