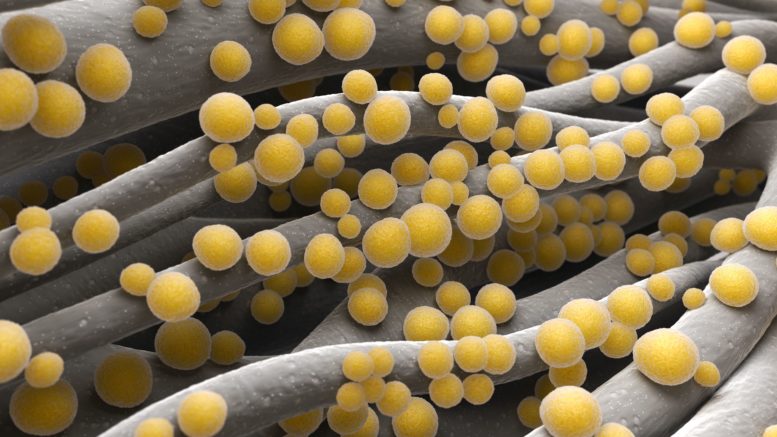 Experiments in mice have shown early success in vaccinating them against potentially deadly bacterial infections, such as methicillin-resistant Staphylococcal aureus (MRSA), the strain resistant to most drug treatments.

The new vaccination strategy, developed by researchers at NYU Grossman School of Medicine, targets toxic molecules released by all Staphylococcal bacteria, called leukocidins, rather than directly targeting the bacteria.

Attempts to develop a Staphylococcal vaccine have so far failed, researchers say, in part because leukocidins kill immune system cells, or leukocytes, needed by the immune system to fight the infection and whose production is triggered by a vaccine. As a consequence, these bacteria release leukocidins to evade not only an immediate immune cell attack, but also to prevent the infected host, whether human or mouse, from developing any long-term immunity through antibodies, which are also produced by leukocytes.

Now, a new study publishing in the Journal of Experimental Medicine online June 30 finds that 70 percent of mice given the experimental vaccine targeting the leukocidins survived infections with the bacterium. By contrast, no infected mice survived without the vaccine.

Previous work by the same research team found that mice could survive infection with Staphylococcal bacteria whose leukocidins had been genetically modified to lose their toxic effects. These nontoxic leukocidins formed the basis of the experimental vaccine.

“Our study provides a roadmap for developing an effective vaccine against all Staphylococcal infections, especially MRSA,” says study senior investigator Victor J. Torres, PhD, the C.V. Starr Professor of Microbiology at NYU Langone. “This strategy is based on maximum disarmament of the bacterium’s ability to kill all types of immune system cells.”

“By targeting the toxins released by the bacteria, our experimental vaccine not only stops the bacteria from killing neutrophils, a key type of leukocyte the immune system uses to destroy the invading pathogen, but also defends other leukocytes, such as T cells and B cells, needed to provide long-term protection from future infection,” says Torres.

Torres cautions that a commercially available antileukocidin vaccine is years away. The next step for his team is clinical trials to investigate whether humans vaccinated against the toxins show a similar toxin-specific immune response as seen in the mice.

He says investigators also want to find out if the same antitoxin effects occur for any of the hundreds of other molecules released during Staphylococcal infections. Torres says a “foolproof” vaccine against the bacteria, including MRSA, will likely involve targeting more than just its leukocidin toxins.

The latest United States estimates are that more than 119,000 people suffered from Staphylococcal bloodstream infections in 2017, leading to nearly 20,000 deaths.

Be the first to comment on "New Strategy for MRSA Vaccine"