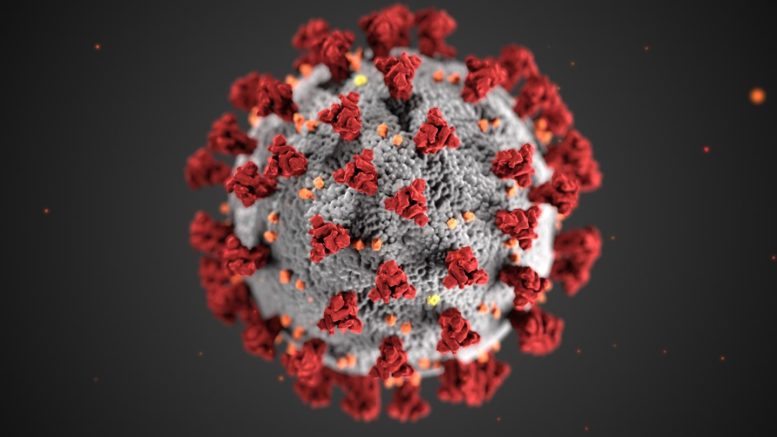 The news about remdesivir, the investigational anti-viral drug that has shown early promise in the fight against COVID-19, keeps getting better.

This week researchers at Vanderbilt University Medical Center (VUMC), the University of North Carolina at Chapel Hill and Gilead Sciences reported that remdesivir potently inhibited SARS-CoV-2, the virus which causes COVID-19, in human lung cell cultures and that it improved lung function in mice infected with the virus.

These preclinical findings help explain the clinical effect the drug has had in treating COVID-19 patients. Remdesivir has been given to patients hospitalized with COVID-19 on a compassionate use basis since late January and through clinical trials since February.

In April, a preliminary report from the multicenter Adaptive COVID-19 Treatment Trial (which included VUMC) suggested that patients who received the drug recovered more quickly.

"All of the results with remdesivir have been very encouraging, even more so than we would have hoped, but it is still investigational, so it was important to directly demonstrate its activity against SARS-CoV-2 in the lab and in an animal model of disease," said VUMC's Andrea Pruijssers, PhD.

Denison, the E.C. Stahlman Professor of Pediatrics at VUMC, directs the Division of Pediatric Infectious Diseases. He and Ralph Baric, PhD, the William R. Kenan, Jr. Distinguished Professor of Epidemiology at UNC-Chapel Hill, and colleagues have been studying remdesivir since 2014.

They were the first to perform detailed studies to demonstrate that the drug, which was developed by Gilead Sciences to combat hepatitis C and respiratory syncytial virus, and later the Ebola virus, also showed broad and highly potent activity against coronaviruses in laboratory tests.

The current findings, reported this week in the journal Cell Reports, provide "the first rigorous demonstration of potent inhibition of SARS-CoV-2 in continuous and primary human lung cultures." The study is also the first to suggest that remdesivir can block the virus in a mouse model.

Ongoing clinical trials will determine precisely how much it benefits patients in different stages of COVID-19 disease.

Meanwhile in the laboratory, Pruijssers said, "We also are focusing on how to use remdesivir and other drugs in combinations to increase their effectiveness during COVID-19 and to be able to treat at different times of infection."

COVID-19, which to date has infected more then 12 million people and killed nearly 600,000 worldwide, is at least the third instance since 2003 in which a coronavirus originally transmitted from bats has caused serious illness in humans.

Thus there is an urgent need to identify and evaluate broadly efficacious and robust therapies that can limit and prevent coronavirus infections. "Broad-spectrum antiviral drugs, antibodies, and vaccines are needed to combat the current pandemic and those that will emerge in the future," the researchers said.

In addition to SARS-CoV-2, studies in the Denison and Baric labs have shown that remdesivir is effective against a vast array of coronaviruses, including other bat viruses that could emerge in the future in humans.

"We hope that will never happen, but just as we were working to characterize remdesivir over the past six years to be ready for a virus like SARS-CoV-2, we are working and investing now to prepare for any future coronavirus," Denison said. "We want remdesivir and other drugs to be useful both now and in the future."