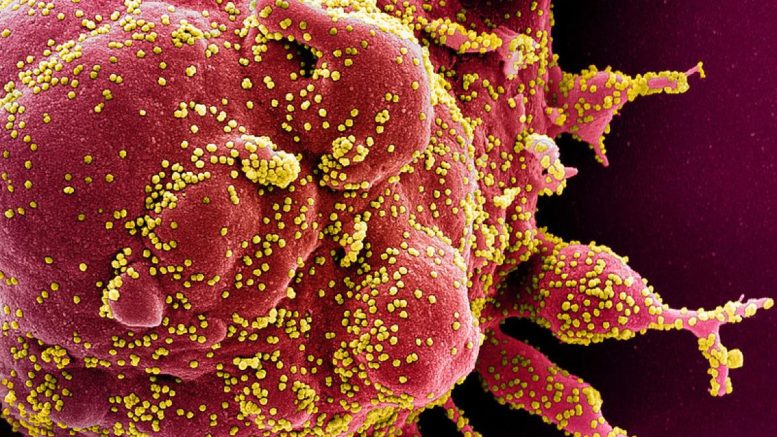 Hospitalized patients with advanced COVID-19 and lung involvement who received remdesivir recovered faster than similar patients who received placebo, according to a preliminary data analysis from a randomized, controlled trial involving 1063 patients, which began on February 21. The trial (known as the Adaptive COVID-19 Treatment Trial, or ACTT), sponsored by the National Institute of Allergy and Infectious Diseases (NIAID), part of the National Institutes of Health, is the first clinical trial launched in the United States to evaluate an experimental treatment for COVID-19.

An independent data and safety monitoring board (DSMB) overseeing the trial met on April 27 to review data and shared their interim analysis with the study team. Based upon their review of the data, they noted that remdesivir was better than placebo from the perspective of the primary endpoint, time to recovery, a metric often used in influenza trials. Recovery in this study was defined as being well enough for hospital discharge or returning to normal activity level.

More detailed information about the trial results, including more comprehensive data, will be available in a forthcoming report. As part of the U.S. Food and Drug Administration’s commitment to expediting the development and availability of potential COVID-19 treatments, the agency has been engaged in sustained and ongoing discussions with Gilead Sciences regarding making remdesivir available to patients as quickly as possible, as appropriate. The trial closed to new enrollments on April 19. NIAID will also provide an update on the plans for the ACTT trial moving forward. This trial was an adaptive trial designed to incorporate additional investigative treatments.

The first trial participant in the ACTT trial was an American who was repatriated after being quarantined on the Diamond Princess cruise ship that docked in Yokohama, Japan, and volunteered to participate in the study at the first study site, the University of Nebraska Medical Center/Nebraska Medicine, in February 2020. A total of 68 sites ultimately joined the study—47 in the United States and 21 in countries in Europe and Asia.

Remdesivir, developed by Gilead Sciences Inc., is an investigational broad-spectrum antiviral treatment administered via daily infusion for 10 days. It has shown promise in animal models for treating SARS-CoV-2 (the virus that causes COVID-19) infection and has been examined in various clinical trials.