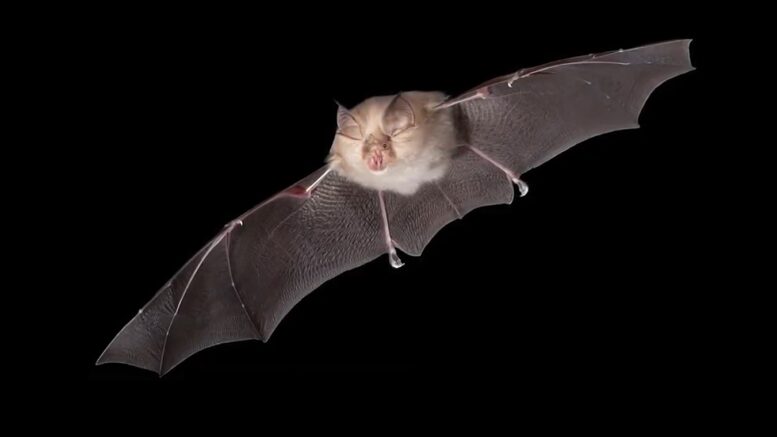 A coronavirus related to the virus that causes Covid-19 in humans has been found in UK horseshoe bats, according to new collaborative research from the University of East Anglia, ZSL (Zoological Society of London), and Public Health England (PHE). However, there is no evidence that this novel virus has been transmitted to humans, or that it could in future, unless it mutates.

UEA researchers collected fecal samples from more than 50 lesser horseshoe bats in Somerset, Gloucestershire and Wales and sent them for viral analysis at Public Health England.

Genome sequencing found a novel coronavirus in one of the bat samples, which the team have named 'RhGB01'.

It is the first time that a sarbecovirus (SARS-related coronavirus) has been found in a lesser horseshoe bat and the first to be discovered in the UK.

The research team say that these bats will almost certainly have harbored the virus for a very long time. And it has been found now, because this is the first time that they have been tested.

Importantly, this novel virus is unlikely to pose a direct risk to humans, unless it mutates.

A mutation could happen if a human infected with Covid-19 passes it to an infected bat, so anyone coming into contact with bats or their droppings, for example those engaged in caving or bat protection, should wear appropriate PPE.

Professor Diana Bell, an expert in emerging zoonotic diseases from UEA's School of Biological Sciences, said, "Horseshoe bats are found across Europe, Africa, Asia and Australia and the bats we tested lie at the western extreme of their range. Similar viruses have been found in other horseshoe bat species in China, South East Asia and Eastern Europe. Our research extends both the geographic and species ranges of these types of viruses and suggests their more widespread presence across more than 90 species of horseshoe bats. These bats will almost certainly have harbored this virus for a very long time - probably many thousands of years. We didn't know about it before because this is the first time that such tests have been carried out in UK bats. We already know that there are different coronaviruses in many other mammal species too," she said. "This is a case of 'seek and you will find.'"

She continues, "Research into the origins of SARS-CoV-2, the virus that causes Covid-19 in humans, has focused on horseshoe bats - but there are some 1,400 other bat species and they comprise 20 percent of known mammals. Our findings highlight the need for robust genotype testing for these types of viruses in bat populations around the world. And it raises an important question about what other animals carry these types of viruses."

Professor Andrew Cunningham, from the Zoological Society of London, said, "Our findings highlight that the natural distribution of sarbecoviruses and opportunities for recombination through intermediate host co-infection have been underestimated. This UK virus is not a threat to humans because the receptor binding domain (RBD) - the part of the virus that attaches to host cells to infect them - is not compatible with being able to infect human cells. But the problem is that any bat harboring a SARS-like coronavirus can act as a melting pot for virus mutation. So if a bat with the RhGB01 infection we found were to become infected with SARS-CoV-2, there is a risk that these viruses would hybridize and a new virus emerge with the RBD of SARS-CoV-2, and so be able to infect people. Preventing transmission of SARS-CoV-2 from humans to bats, and hence reducing opportunities for virus mutation, is critical with the current global mass vaccination campaign against this virus."

Bell added, "The main risks would be for example a bat rehabilitator looking after a rescued animal and infecting it with SARS-CoV2 - which would provide an opportunity for genetic recombination if it is already carrying another sarbecovirus. Anyone coming into contact with bats or their droppings, such as bat rescuers or cavers, should wear appropriate PPE - in order to reduce the risk of a mutation occurring. We need to apply stringent regulations globally for anyone handling bats and other wild animals," she added.

Further analysis compared the virus with those found in other horseshoe bat species in China, South East Asia and Europe and showed that its closest relative was discovered in a Blasius's bat from Bulgaria in 2008.

The UK discovery was made by undergraduate ecology student Ivana Murphy, from UEA's School of Biological Sciences, who collected bat droppings as part of her final year research dissertation. Jack Crook conducted the genetic analyses in partnership with other researchers at PHE.

A total of 53 bats were captured, and their feces collected in sterile bags. The research was conducted under strict Health and Safety protocols. Full PPE was worn and Ivana was regularly tested for Covid-19 to avoid any chance of cross contamination. The bats were released immediately after their droppings had been collected.

Murphy said, "More than anything, I'm worried that people may suddenly start fearing and persecuting bats, which is the last thing I would want and would be unnecessary. As like all wildlife, if left alone they do not pose any threat."

"Metagenomic identification of a new sarbecovirus from horseshoe bats in Europe" was published in the journal Scientific Reports on July 19, 2021.