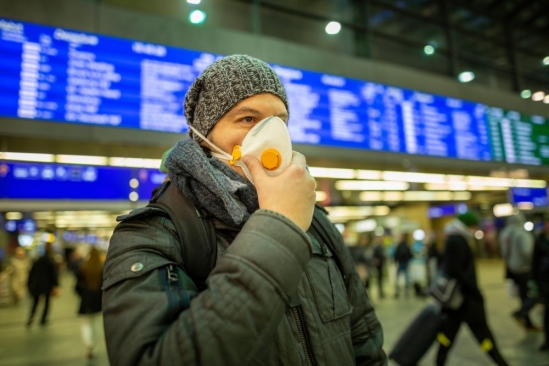 After the Ebola virus tore through western Africa in 2015, two UC Santa Barbara researchers studied the xenophobia of the disease generated among people who had almost zero chance of being infected by it.

Heejung S. Kim and David K. Sherman, professors in the Department of Psychological and Brain Sciences, discovered that the more people felt vulnerable to Ebola the more xenophobic they became, not only supporting restrictive policies, such as travel bans, but also increasing prejudice toward outgroup members. Their degree of xenophobic response to the perceived threat of Ebola, however, was directly influenced by how individualistic or collectivistic they were.

In short, a person who is individualistic is more likely to have stronger xenophobic reactions when he or she feels highly vulnerable to a pathogen like Ebola than someone who is collectivistic, or more oriented toward group goals. The researchers’ paper, “Fear of Ebola: The Influence of Collectivism on Xenophobic Threat Responses,” was published in the journal Psychological Science. John A. Updegraff of Kent State University was a co-author.

The coronavirus pandemic, naturally, piqued Kim and Sherman’s interest. It seems that countries that are generally collectivistic or individualistic tend to have different responses to disease outbreaks.

“Social coordination is a way to cope,” Sherman said, “and an effective coping means. We’re seeing that in China’s response and in Korea’s response as well as in Taiwan and in Singapore — the massive social coordination, which may be associated with being in more of a collectivistic culture. So that was one thing that struck us.” 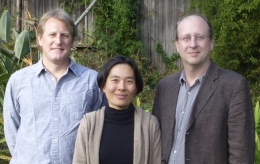 China, South Korea, Taiwan and Singapore are collectivist societies, the scholars noted, and one of the variables they studied after the Ebola outbreak was what they call “protection efficacy” — the feeling that one could protect oneself from the virus. What they found was that collectivism seemed to be associated with a great sense of protection efficacy.

“It seems like collectivistic people,” she continued, “especially in the face of a perceived risk, tend to have a higher sense of efficacy, meaning that my group will do something to protect me or my community. And those protective processes are coordinated and work together.”

The Ebola outbreak and the COVID-19 pandemic are clearly different phenomena. Ebola was a threat that by and large existed on another continent, while the coronavirus has already shut down large swathes of American society. One shared response to both is xenophobia, the researchers said.

“Coronavirus is here and more people are probably infected than the current statistics indicate. We just don’t know because of the lack of testing,” Sherman said.

“And if coronavirus is already within our community, social distancing makes sense, but xenophobia does not,” Kim said. “It’s primarily psychological protection, not actual protection at this point.”

Sherman noted that when the World Health Organization announced that the coronavirus was pandemic, WHO officials cited two countries that were responding well to the crisis: China and South Korea. Those collectivistic societies, along with other collectivistic societies such as Taiwan and Singapore that have mounted coordinated efforts, he said, could serve as response models for the U.S., no matter how different they might be.

“You could see the social coordination that was required within the society,” he said. “And those are collectivistic societies. I think the difficult but important thing is for the United States to recognize and adopt best practices, using strategies that may not come as easily in more individualistic cultures, but may be effective.”

“Being individualistic means that people are socially and psychologically isolated at times,” Kim added. “It is interesting that we use the term ‘social distancing’ in the U.S. In Taiwan, people call the exactly same recommended social behavior ‘physical distancing.’ While the practical benefits of such behaviors are clear, now is the time to remind ourselves that we are merely physically distancing ourselves, and that more than ever, we should get socially closer as a community.”