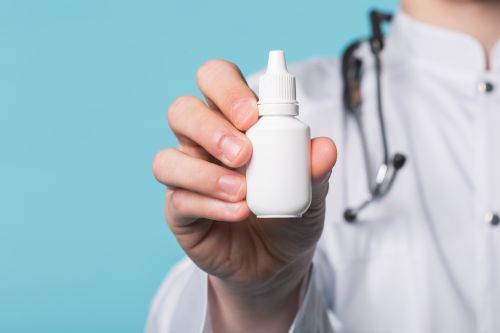 Led by professor Robert Read and Dr Jay Laver from the NIHR Southampton Biomedical Research Centre and the University of Southampton, this work is the first of its kind. Together they inserted a gene into a harmless type of a bacteria, that allows it to remain in the nose and trigger an immune response. They then introduced these bacteria into the noses of healthy volunteers via nose drops.

The results showed a strong immune response against bacteria that cause meningitis. Published in Science Translational Medicine, those data also show long-lasting protection.

Meningitis occurs in people of all age groups but affects mainly infants, young children and the elderly. Meningococcal meningitis, is a bacterial form of the disease, causing 1,500 cases a year in the UK. It can lead to death in as little as four hours after symptoms start.

Around 10% of adults carry N. meningitidis in the back of their nose and throat with no signs or symptoms. However, in some people it can invade the bloodstream. That can lead to life-threatening conditions including meningitis and blood poisoning ('septicemia).

The 'friendly' bacteria Neisseria lactamica (N. lactamica) also lives in some people's noses naturally. By occupying the nose, it protects from a severe type of meningitis. It does so by denying a foothold to its close cousin Neisseria meningitidis (N. meningitidis).

The new data build on the team's previous work aiming to exploit this natural phenomenon. That study showed nose drops of N. lactamica prevented N. meningitidis from settling in 60% of participants.

For those people, N. lactamica had locked out its deadly cousin. That drove work to make N. lactamica even more effective in displacing N. meningitidis.

The team did so by handing it one of N. meningitidis' key weapons; a 'sticky' surface protein that grips the cells lining the nose. By inserting a copy of the gene for this protein into N. lactamica's DNA, it could also it - levelling the playing field.

As well as inducing a stronger immune response, those modified bacteria stayed longer. Present for at least 28 days, with most participants (86%) still carrying it at 90 days, it caused no adverse symptoms.

The results of the study, which was funded by the Medical Research Council, are promising for this new way of preventing life-threatening infections, without drugs. It's an approach that could be critical in the face of growing antimicrobial resistance.

Dr. Jay Laver, senior research fellow in molecular microbiology at the University of Southampton, commented, "Although this study has identified the potential of our recombinant N. lactamica technology for protecting people against meningococcal disease, the underlying platform technology has broader applications. It is theoretically possible to express any antigen in our bacteria, which means we can potentially adapt them to combat a multitude of infections that enter the body through the upper respiratory tract. In addition to the delivery of vaccine antigens, advances in synthetic biology mean we might also use genetically modified bacteria to manufacture and deliver therapeutics molecules in the near future."

Read, who is director of the NIHR Southampton Biomedical Research Center, said, "This work has shown that it is possible to protect people from severe diseases by using nose drops containing genetically modified friendly bacteria. We think this is likely to be a very successful and popular way of protecting people against a range of diseases in the future."