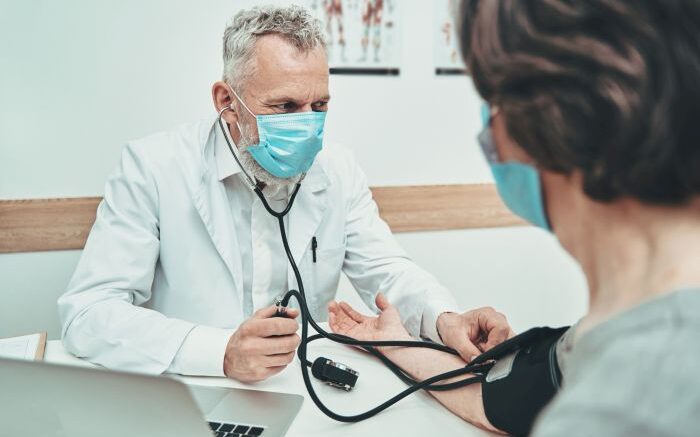 Nearly one-third (30%) of Americans skipped needed medical care in the past three months due to cost, the highest reported number since the COVID-19 pandemic began and a threefold increase from March to October, according to the latest survey from the nonprofit, nonpartisan organization West Health and Gallup, the global analytics and advice firm. Even about 20% of the nation’s highest-income households — those earning more than $120,000 per year — blame cost as the reason for not seeking care, up from 3% over the same timeframe.

The survey, the largest conducted on healthcare since the pandemic began, also found that the COVID-19 experience has significantly shaped public opinion of the U.S. healthcare system, which an estimated 100 million Americans would self-describe as either “expensive” or “broken.” Nearly half (48%) of Americans say their view of healthcare in America has decidedly worsened due to the pandemic. An estimated 150 million Americans (59%) say they are now more worried about the cost of healthcare services and 45% are more worried about the cost of prescription drugs. It is no wonder more than half the country reports that the high cost of healthcare contributes some (36%) or a lot (15%) of stress to their daily lives.

Another 60% report higher concern over growing healthcare inequities, a concern that rises to nearly 75% of Black Americans and more than two-thirds of Hispanic Americans. An estimated 12.7 million people, or one in 20 American adults, report that a friend or family member died this year after not receiving treatment because they could not afford it, with Black Americans twice as likely to know someone who died as White Americans.

“Americans have reached their breaking point,” said Shelley Lyford, president and CEO of West Health, a family of nonprofit, nonpartisan organizations dedicated to lowering healthcare costs to enable successful aging. “Between March and October, the percentage of people reporting trouble paying for healthcare, skipping treatments and not filling their prescriptions spiked to their highest levels since the pandemic began, exacerbating another public health threat borne out of cost rather than illness.”

This nationally representative survey of more than 6,600 American adults (18+) comes as a new COVID-19 variant emerges and the death toll from COVID-19 nears 800,000. The full findings of this latest survey and comparative findings from a series of previous surveys conducted over the last year were published today in the West Health-Gallup 2021 Healthcare in America Report.

Despite attempts in Washington to address high healthcare prices through Build Back Better legislation, more than two-thirds of Americans, regardless of party affiliation, are pessimistic that policies that reduce costs will emerge. In fact, nine in 10 expect their costs to continue to rise and 42% are concerned they will be unable to pay for healthcare services in the coming year.

“This negative public sentiment did not form overnight or begin with COVID-19. It’s been decades in the making after failed promises by elected officials to do something to help Americans suffering at the hand of high prices for healthcare and prescription drugs,” said Tim Lash, chief strategy officer for West Health. “However, public opinion plays an important role in the policy process, and if policymakers are listening, they have no choice but to act.”

National health spending is nearly $4 trillion in this country — approximately 20% of GDP — making it the most expensive healthcare system in the world.

“The sharp worsening in public opinion regarding the affordability of care and medicine is startling, and likely a result of myriad factors related directly and indirectly to the COVID-19 pandemic,” said Dan Witters, a senior researcher for Gallup. “From rapidly rising inflation, to deferred care pushed into 2021, to more people having to pay for COVID-19 care itself, the U.S. healthcare cost crisis is now coming to a head.”

The results are based on a nationally representative survey conducted by web over successive field periods of Sept. 27-30 and Oct. 18-21 of 6,663 American adults aged 18 and older, living in all 50 U.S. states and the District of Columbia, as a part of the Gallup Panel. For results based on these monthly samples of national adults, the margin of sampling error at the 95% confidence level is +1.5 percentage points. For reported subgroups, such as by age, political identity, household income or race/ethnicity, the margin of error is larger, typically ranging from ±3 to ±5 percentage points.