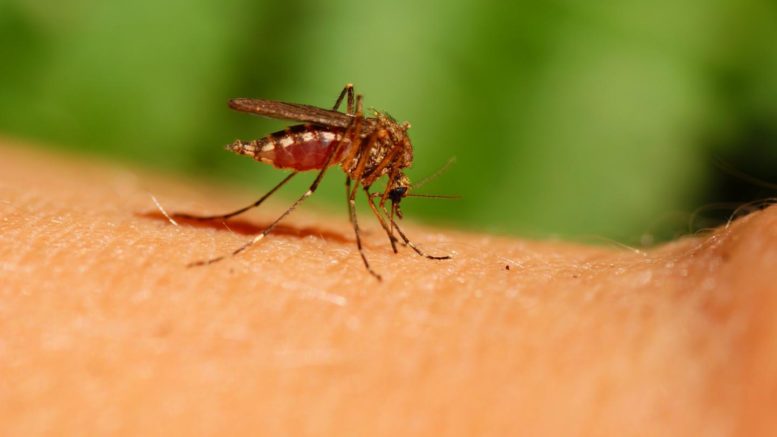 In many parts of the world, mosquitoes are a common summertime nuisance. But in places on the front lines of climate change, these disease-spreading insects may one day be a year-round problem, according to new research from the University of Florida.

"In tropical regions, mosquitoes are active all year, but that isn't the case for the rest of the world. Outside of the tropics, winter temperatures cause mosquitoes to go into a kind of hibernation called diapause. We call these mosquitoes 'cold bounded' because their activity is limited by these lower temperatures," said Brett Scheffers, senior author of the study and an assistant professor in the UF/IFAS wildlife ecology and conservation department.

"However, with climate change, we expect summers to get longer and winters to become shorter and warmer. What will that mean for those cold bounded mosquitoes? How will they respond?" Scheffers said.

To help answer those questions, the study's authors conducted experiments with mosquitoes collected in and around Gainesville, a North Central Florida city on the dividing line between subtropical and temperate climates. Their study is published in the journal Ecology.

The researchers compared how mosquitoes collected during different parts of the year responded to changes in temperature.

"We found that the mosquitoes in our study are what we call 'plastic,' meaning that, like a rubber band, the range of temperatures they can tolerate stretches and contracts at different times of year," Scheffers said.

"That tells us that as climate change makes our autumns and winters warmer, mosquitoes in more temperate regions are well prepared to be active during those times," Scheffers said.

"Our results suggest that to better understand how well populations and species may be able to tolerate ongoing climate change, we need to measure species thermal responses across different times of the year," said Brunno Oliveira, the study's first author, who conducted the study while a postdoctoral researcher in Scheffers's lab.

"This information would help us to deliver a more accurate representation of the temperature range a species can tolerate," said Oliveira, now a postdoctoral research at University of California Davis.

For their experiment, the researchers collected the mosquitoes at more than 70 sites around Gainesville and the nearby UF/IFAS Ordway-Swisher Biological Station, a 9,500 acre research and conservation area located about 20 miles east of the city.

The scientists lured mosquitoes with special traps that emit carbon dioxide gas, the same gas that humans and animals exhale when we breath. To a mosquito, a strong whiff of carbon dioxide means a meal is nearby.

With these traps, the researchers caught more than 28,000 mosquitoes representing 18 species. From this collection, the scientists randomly sampled about 1,000 mosquitoes to test in the lab.

Each mosquito was placed in a vial that was then put in a water bath. Over time, the researchers changed the water temperature, increasing or decreasing the temperature inside the vials. The scientists monitored each mosquito's activity, noting when mosquitoes became inactive, a signal that either the upper or lower temperature thresholds were met.

"It was surprising to see how well these little creatures could tolerate high temperatures during the experiments, often well above the mean ambient temperatures measured by the weather stations," said Gécica Yogo, one of the study's co-authors.

Yogo helped conduct the study while she was research scholar trainee at UF as part of her master's program at AgroParisTech in France. She is now a soil carbon engineer at INRAE, the French National Institute for Agriculture, Food and Environment.

The researchers say they don't yet know what allows mosquitoes to adjust to rapid changes in temperature.

"Many people do not realize how quickly natural selection can act on short-lived animals," said Daniel Hahn, professor in the UF/IFAS entomology and nematology department and a co-author of the study. "Whether the changes we are seeing in mosquito thermal properties are due to rapid natural selection across seasons, seasonal plasticity - much like a dog changing its coat -- or a combination of both, is what we are working on now."

The researchers say that insights from this study can help communities better prepare for the impacts of climate change as they relate to mosquitoes, which spread diseases that affect humans and animals.

"The more mosquito activity there is, the greater the risk of these diseases spreading. Knowledge is power, and knowing that mosquitoes will be more active for more of the year can inform how we get ready for climate change," Scheffers said.

Peter Jiang, one of the study's co-authors and an entomologist with City of Gainesville's Mosquito Control division, said that residents play an important role in controlling mosquitoes now and in the future.

Residents looking to learn more about how to control mosquitoes can contact their local UF/IFAS Extension office or their municipal or county mosquito control program.

In addition to informing decision-making, studies like this one bring into focus an aspect of climate change now getting more attention.

"When we talk about how climate change might affect plants and animals, we are often talking about species moving to new areas because the conditions are changing -- in other words, the arrival of something new. However, climate change will also affect species we live with right now, like highly flexible mosquitoes, and that's another aspect to consider," Scheffers said.