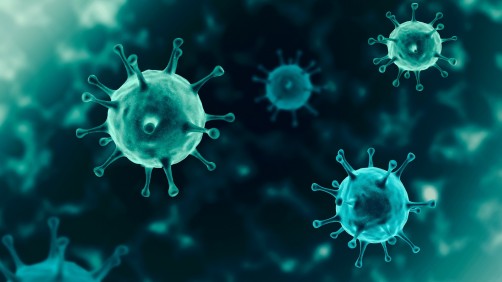 New data suggest that nearly all COVID-19 survivors have the immune cells necessary to fight re-infection.

The findings, based on analyses of blood samples from 188 COVID-19 patients, suggest that responses to the novel coronavirus, SARS-CoV-2, from all major players in the "adaptive" immune system, which learns to fight specific pathogens, can last for at least eight months after the onset of symptoms from the initial infection.

"We measured antibodies, memory B cells, helper T cells and killer T cells all at the same time," says Crotty. "As far as we know, this is the largest study ever, for any acute infection, that has measured all four of those components of immune memory."

The findings, published in the Jan. 6, 2021, online edition of Science, could mean that COVID-19 survivors have protective immunity against serious disease from the SARS-CoV-2 virus for months, perhaps years after infection.

The new study helps clarify some concerning COVID-19 data from other labs, which showed a dramatic drop-off of COVID-fighting antibodies in the months following infection. Some feared that this decline in antibodies meant that the body wouldn't be equipped to defend itself against reinfection.

Sette explains that a decline in antibodies is very normal. "Of course, the immune response decreases over time to a certain extent, but that's normal. That's what immune responses do. They have a first phase of ramping up, and after that fantastic expansion, eventually the immune response contracts somewhat and gets to a steady state," Sette says.

The researchers found that virus-specific antibodies do persist in the bloodstream months after infection. Importantly the body also has immune cells called memory B cells at the ready. If a person encounters SARS-CoV-2 again, these memory B cells could reactivate and produce SARS-CoV-2 antibodies to fight re-infection.

The SARS-CoV-2 virus uses its "spike" protein to initiate infection of human cells, so the researchers looked for memory B cells specific for the SARS-CoV-2 spike. They found that spike-specific memory B cells actually increased in the blood six months after infection.

The different parts of the adaptive immune system work together, so seeing COVID-fighting antibodies, memory B cells, memory CD4+ T cells and memory CD8+ T cells in the blood more than eight months following infection is a good sign.

"This implies that there's a good chance people would have protective immunity, at least against serious disease, for that period of time, and probably well beyond that," says Crotty.

The team cautions that protective immunity does vary dramatically from person to person. In fact, the researchers saw a 100-fold range in the magnitude of immune memory. People with a weak immune memory may be vulnerable to a case of recurrent COVID-19 in the future, or they may be more likely to infect others.

"There are some people that are way down at the bottom of how much immune memory they have, and maybe those people are a lot more susceptible to reinfection," says Crotty.

"It looks like people who have been infected are going to have some degree of protective immunity against re-infection," adds Weiskopf. "How much protection remains to be established."

"It is possible that immune memory will be similarly long lasting similar following vaccination, but we will have to wait until the data come in to be able to tell for sure," says Weiskopf. "Several months ago, our studies showed that natural infection induced a strong response, and this study now shows that the responses lasts. The vaccine studies are at the initial stages, and so far have been associated with strong protection. We are hopeful that a similar pattern of responses lasting over time will also emerge for the vaccine-induced responses."

The researchers will continue to analyze samples from COVID-19 patients in the coming months and hope to track their responses 12 to 18 months after the onset of symptoms.

"We are also doing very detailed analyses at a much, much higher granularity on what pieces of the virus are recognized," says Sette. "And we plan to evaluate the immune response not only following natural infection but following vaccination."

The team is also working to understand how immune memory differs across people of different ages and how that may influence COVID-19 case severity.