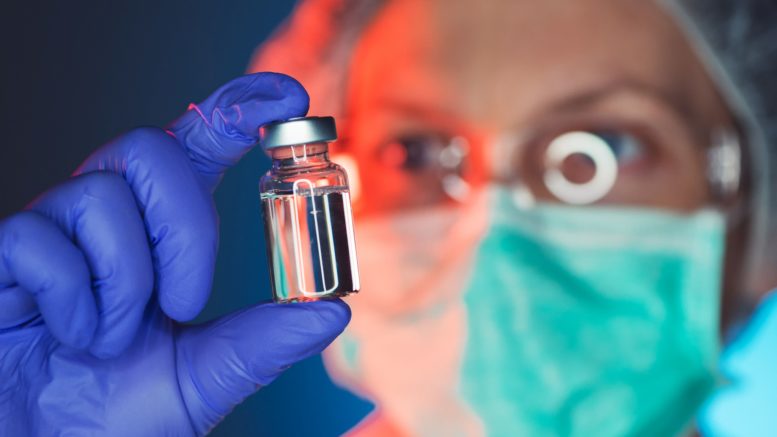 In 2000, the measles virus was declared eliminated from the United States. Despite cases coming in from outside the country, there were few outbreaks because most people were vaccinated against measles. And then 2019 happened.

The U.S. saw 1,282 confirmed cases in 31 states – the greatest number reported since 1992, with nearly three-fourths linked to recent outbreaks in New York, according to the Centers for Disease Control and Prevention. Most cases were among people who were not vaccinated against measles.

After events like this, many people express confusion about others’ hesitancy or unwillingness to get vaccinated or to vaccinate their children, a concept called vaccine skepticism. As vaccine skepticism has become increasingly widespread, two researchers in the Texas Tech University Department of Psychological Sciences have suggested a possible explanation.

In an article published recently in the journal Vaccine, Mark LaCour and Tyler Davis suggest some people find vaccines risky because they overestimate the likelihood of negative events, particularly those that are rare.

The fact that these overestimations carry over through all kinds of negative events – not just those related to vaccines – suggests that people higher in vaccine skepticism actually may process information differently than people lower in vaccine skepticism, said Davis, an associate professor of experimental psychology and director of the Caprock fMRI Laboratory.

“We might have assumed that people who are high in vaccine skepticism would have overestimated the likelihood of negative vaccine-related events, but it is more surprising that this is true for negative, mortality-related events as a broader category,” Davis said. “Here we saw an overestimation of rare events for things that don’t have anything to do with vaccination. This suggests that there are basic cognitive or affective variables that influence vaccine skepticism.”

In their first experiment, LaCour and Davis surveyed 158 participants to determine the level of vaccine skepticism underlying their perceived dangers, feelings of powerlessness, disillusionment and trust in authorities regarding vaccines. Participants then estimated the frequency of death associated with 40 different causes, ranging from cancers, animal bites and childbirth to fireworks, flooding and car accidents. LaCour and Davis found that people higher in vaccine skepticism were less accurate in their estimations of how frequently these causes of death occur. Specifically, they found that higher vaccine skepticism was associated with an overestimation of rare events.

The second experiment followed the same procedures as the first, but participants additionally estimated the frequency of neutral or positive events – such as papal visits to the United States, triplet births or Willie Nelson concerts – to test whether the negative tone of mortality statistics may play a role. LaCour and Davis found that people higher in vaccine skepticism were less accurate in their estimations of mortality-related events and overestimated the negative events more than the neutral/positive events.

“My takeaway is that vaccine skeptics probably don’t have the best understanding of how likely or probable different events are,” said LaCour, a doctoral student in psychological sciences. “They might be more easily swayed by anecdotal horror stories. For example, your child can have a seizure from getting vaccinated. It’s extremely rare, but it is within the realm of possibility. If you were so inclined, you could follow Facebook groups that publicize extremely rare events. These cognitive distortions of anecdotes into trends are probably exacerbated by decisions to subscribe to statistically non-representative information sources.”

While the researchers didn’t find an association between a person’s education level and their vaccine skepticism, LaCour and Davis believe there is a difference in the information being consumed and used by people higher in vaccine skepticism.

“It may be the case that they are specifically seeking out biased information, for example, to confirm their skeptical beliefs,” Davis said. “It could be that they have more of an attentional bias to negative, mortality-related events, which makes them remember this information better. Strategies to get the right information to people through public service announcements or formal education may work, but it doesn’t seem to be an issue that people with higher vaccine skepticism are less educated in any fundamental way in terms of basic science or math education. Thus, simple increases in these alone – without targeted informational interventions – would seem unlikely to help.”

As LaCour noted, these results leave open many new avenues for further research.

“Do some people encode scary stories – for instance, hearing about a child that has a seizure after getting vaccinated – more strongly than others and then consequently remember these anecdotes more easily?” he asked. “Do they instead have certain attitudes and search their memory harder for evidence to support this belief? Is it a bit of both? How can you counteract these processes?

“I'm excited that we’re finding basic, cognitive factors that are linked with vaccine skepticism: It could end up being a way of reaching this diverse group.”