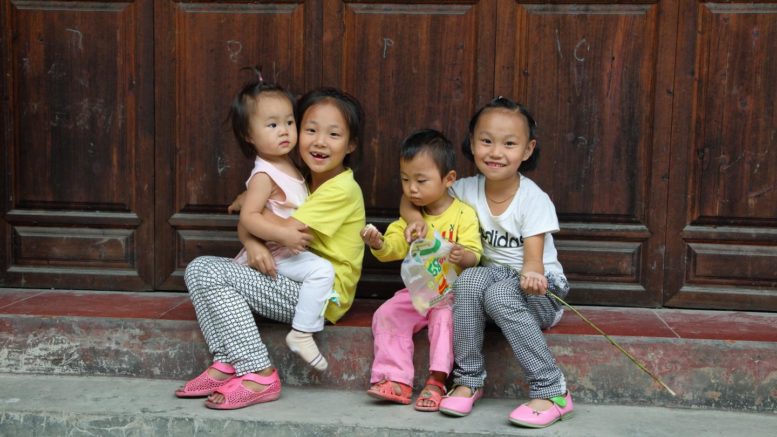 Deaths of children and adolescents in China due to infectious diseases were becoming rare prior to the covid-19 pandemic. Courtesy of Marisa Estivill

Deaths of children and adolescents in China due to infectious diseases were becoming rare prior to the covid-19 pandemic, according to a new study.

Quarantinable conditions with high death rates such as cholera and plague had effectively disappeared and many traditional and vaccine-preventable infectious diseases of childhood including diarrhea, measles and rubella became uncommon.

The research, led by the Murdoch Children's Research Institute (MCRI) and Peking University and published in the British Medical Journal, found the leading causes of death from infectious diseases in China had shifted markedly over a 10 year period from rabies and tuberculosis to HIV/AIDS.

MCRI professor George Patton said until now no study had reported on recent trends in infectious diseases among children and adolescents in China.

But Dong said while animal-to-human infections like bird flu remained low, the potential for major outbreaks like SARS-CoV-2 remained a very real possibility.

After the SARS outbreak in 2003, China made substantial investments in laboratory testing, surveillance system enhancement, national intervention programs for specific diseases, and collaboration with international partners.

Patton said despite the progress, China faced new challenges in responding to seasonal and unpredictable new infectious diseases in children and adolescents.

Comprehensive national surveillance systems and rapid proactive government responses would be an integral part of future infectious disease control in China and around the world, he said.

"China will need to continue its successful efforts against older infectious diseases of children and adolescents, including measles, tuberculosis, rabies, and scarlet fever and now scale-up vaccination for mumps, seasonal influenza, and hepatitis B," Professor Patton said.

"Along with the rest of the world, China will also need greater vigilance around the highly transmissible seasonal and unpredictable diseases that we have seen in the past two decades including SARS, MERS, novel influenzas, Zika, Ebola and now the new SARS-CoV-2 virus."

Despite expanding the national childhood immunization program in 2008, the most common infections in early childhood in China were still vaccine preventable diseases and gastrointestinal and enterovirus diseases, such as hand, foot and mouth disease.

"There is a pressing need for more school and university-based sex education programs as well as peer education, and access to rapid testing for sexually transmitted infections," Dong said.

Dong said the data especially highlighted the need for prevention programs to pivot towards a different set of risks, which would also require different interventions.

Researchers from the Chinese Center for Disease Control and Prevention, the University of Melbourne and The Royal Children's Hospital also contributed to the study.