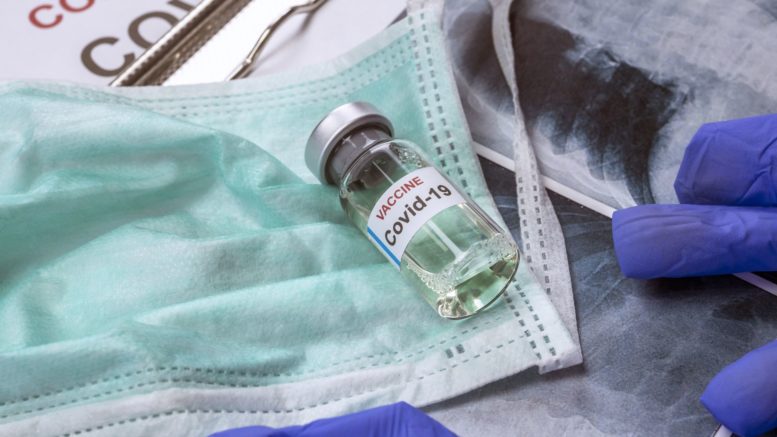 Almost immediately after the first mRNA-based COVID-19 vaccines were authorized for emergency use and were administered to individuals outside of clinical trials, reports of anaphylaxis--a life-threatening whole-body allergic reaction--raised widespread concerns among experts and the public. Now, real world data on vaccinations among employees at Mass General Brigham provide reassurances of the rarity of such serious reactions, and the ability to recover from them. The findings are published in the Journal of the American Medical Association.

"The COVID-19 mRNA vaccines are the first vaccines of their kind, and they have remarkable efficacy and safety across all populations. It is critical to have accurate information on allergic reactions to these vaccines, not only for our current situation, but also because this new vaccine platform is so important for future pandemic responses," says lead author Kimberly Blumenthal, MD, MSc, co-director of the clinical epidemiology program within Massachusetts General Hospital's Division of Rheumatology, Allergy and Immunology.

With this in mind, Blumenthal and her colleagues decided to carefully document all allergic reactions, including anaphylaxis, once they began employee vaccinations at Mass General Brigham. The team analyzed employee surveys to estimate the incidence of allergic reactions after mRNA vaccines and used multiple surveillance methods to identify the true incidence of anaphylaxis.

Among 52,805 employees (including an estimated 4,000 with significant allergies to foods and medications) who were surveyed after they received their first dose of an mRNA COVID-19 vaccine, 2% experienced allergic reactions, and anaphylaxis occurred at a rate of 2.47 per 10,000 individuals. "To put this in perspective, this is largely comparable to anaphylactic reactions from common antibiotics," says Blumenthal.

The investigators noted that although the incidence of anaphylaxis was higher than that estimated by the Centers for Disease Control and Prevention--which put the rate at 0.025 to 0.11 per 10,000 vaccinations--it is still exceedingly low and should provide reassurances, especially for individuals with a history of food or drug allergies. "The only allergy exclusion for vaccination was a prior episode of anaphylaxis to an inactive ingredient in the vaccine, called polyethylene glycol, or a cross-reactive inactive ingredient called polysorbate," says co-senior author Paige Wickner, MD, MPH, medical director of the Department of Quality and Safety at Brigham and Women's Hospital. "Another important aspect of our study is that all of our anaphylaxis cases recovered--no one had anaphylactic shock or required a breathing tube, even temporarily."