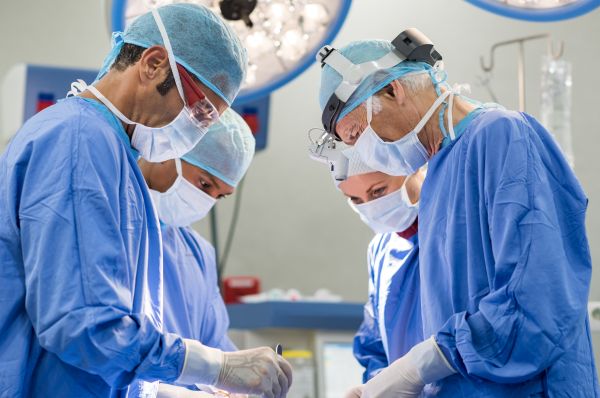 Two new papers led by researchers in the University of Illinois Chicago College of Nursing suggest that policies and laws mandating the evacuation of surgical smoke from operating rooms are the best way to reduce the negative health impacts on perioperative staff as well as surgical patients.

Surgical smoke poses a health risk to everyone in the operating room. The smoke can sometimes be thick enough to obscure vision, especially during longer operations where cauterizing tools are heavily used. Perioperative teams exposed to surgical smoke report twice as many respiratory health issues as the general public. The smoke can even contain viruses.

Definitively defining surgical smoke is the first step toward facilitating laws and policies to manage it, explained Rebecca Vortman, clinical assistant professor of population health nursing science in the UIC College of Nursing, and an author on both papers.

“Surgical smoke hasn’t yet been clearly defined in the literature and is sometimes known by other names like ‘plume,’ ‘bioaerosols’ and ‘lung-damaging dust,’” said Vortman. “While any member of the perioperative team knows exactly what surgical smoke is, it’s important to have a definition so clinicians, leaders, researchers, and lawmakers can be on the same page.”

Vortman and her colleagues identified research papers that used the term surgical smoke. They discovered 36 papers that met their search criteria. “We found that smoke was already a mature concept with relatively little variation in its definition among the papers we looked at,” Vortman said.

In a paper in January in AORN Journal, Vortman and colleagues define surgical smoke as “a visible plume of aerosolized combustion byproducts produced by heat-generating surgical instruments. It consists of water vapor and gaseous substances; can carry toxic chemicals such as benzene, toluene and hydrogen cyanide; bacteria, viruses, and tumors; can obscure the surgical field; and can be inhaled. Surgical smoke has a distinctive noxious odor and can cause physical symptoms such as watery eyes and throat irritation.”

In a November 2020 paper published in the journal Nurse Leader focused on taking action to mitigate the harmful effects of surgical smoke, Vortman and co-author Janet Thorlton, clinical associate professor of population health nursing science at UIC note that perioperative professionals — surgeons, anesthesiologists, nurses, scrub techs and others — are exposed to the hazardous byproducts of surgical smoke each year, but precautions to evacuate the smoke from operating rooms are inconsistent. Only Rhode Island and Colorado have laws that mandate the evacuation of surgical smoke. Eight more states have recently introduced legislation, including Illinois.

“We hope to see Illinois be the next state to pass surgical smoke evacuation laws,” Vortman said.

In the paper, the authors note that the cost of evacuation technology is relatively low. “These systems aren’t super expensive and will vary depending on the size of the facility,” Vortman said.

According to Vortman and Thorlton, the best chance for reducing the harmful effects of surgical smoke lie in getting states to pass legislation; otherwise, individual hospitals and centers are left to draft their own policies, and not all facilities in Illinois are evacuating surgical smoke.

“Laws that mandate the use of surgical smoke evacuations systems are the best way we can address the issue of surgical smoke; otherwise, perioperative teams and their patients will remain at risk,” Vortman said.

Sara McPherson and Cecilia Wendler of the University of Illinois Chicago College of Nursing are co-authors on the AORN Journal paper.

Source: University of Illinois at Chicago