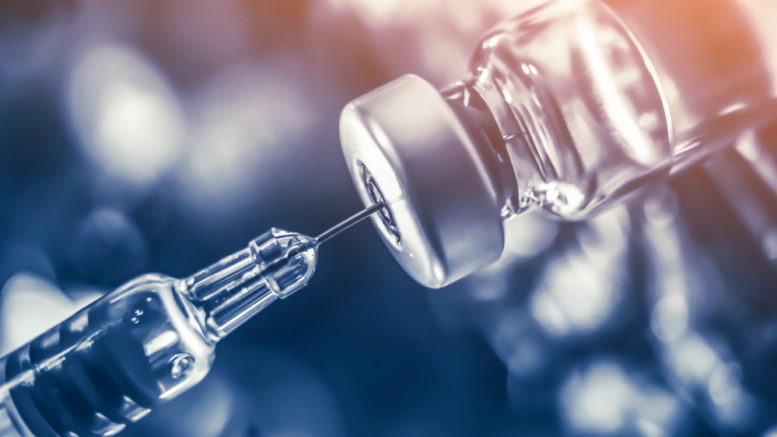 The scourge of the influenza virus devastates health and claims many lives worldwide each year. It is especially daunting because vaccines are only protective when they are well matched to the strains circulating in the population. But now, a team led by researchers at the Icahn School of Medicine at Mount Sinai is getting closer to a universal flu vaccine using a novel approach they’ve developed called chimeric hemagglutinin (cHA).

A protein on the surface of influenza viruses, hemagglutinin, shepherds the virus into host cells. Hemagglutinin is comprised of a ‘head’ (variable) and a ‘stalk’ (varies less from strain to strain). Thus, Icahn School of Medicine researchers, led by Peter Palese, PhD, and Florian Krammer, PhD, have focused their efforts on developing a vaccine against the stalk portion of this protein. Their study, undertaken in collaboration with PATH, an international nonprofit, the Cincinnati Children’s Hospital Medical Center, the Duke Early Phase Clinical Research Unit, and the University of Chicago, involved testing of several cHA-based vaccination regimens to see if they would induce antibodies that provide broad protection against influenza virus infections. The results were published this month in The Lancet Infectious Diseases.

The diverse research team including Adolfo García-Sastre, PhD, professor of microbiology and director of the Global Health and Emerging Pathogens Institute at Icahn; Bruce Innis, MD, leader of respiratory infections and maternal immunizations at PATH; and Patrick Wilson, PhD, professor of medicine at the University of Chicago, have investigated whether several potential cHA-based vaccines might induce antibodies that would target the stalk of group 1 hemagglutinin-expressing influenza viruses. An adjuvant, an ingredient that boosts the effectiveness of vaccines, was also part of the testing process.

The researchers found that the IIV, but not the live attenuated vaccine, induced a significant antibody response after the prime, with a strong increase in anti-H1 stalk titers. All vaccine regimens induced detectable H1 stalk antibody responses after receiving boosts.

“The vaccine induced a broad antibody response which was not only cross-reactive for currently circulating human influenza virus but also to avian and bat influenza virus subtypes,” said Florian Krammer. “It was surprising to find that the inactivated formulation with adjuvant induced a very strong anti-stalk response already after the prime suggesting that one vaccination might be enough to induce protection against pandemic influenza viruses yet to arise. The results indicate that we are moving toward a universal influenza virus vaccine, but these are still interim results. Additional results will be available upon completion of the study at the end of 2019.”

The University of Chicago performed crucial testing; funding was provided by a grant from the Bill & Melinda Gates Foundation. GlaxoSmithKline contributed some of the vaccines and adjuvants. Foundational support was provided by the by the National Institute of Allergy and Infectious Diseases.