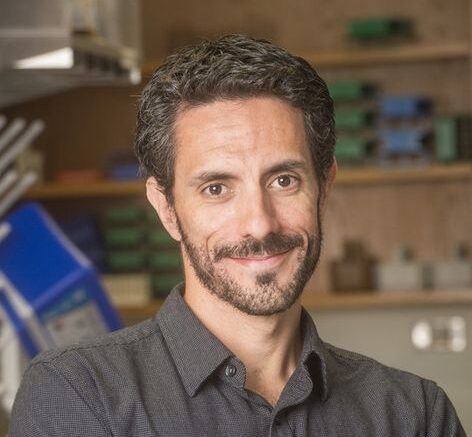 Priming involves dendritic cells — sentinels of the immune system. In an influenza infection in the lungs, for example, lung-migratory dendritic cells capture a piece of the viral antigen, and then migrate out of the lung to the place where naïve T cells reside, to present that antigen to the CD8+ T cells. This primes the T cells to know which cells to attack.

The place for the priming in influenza had long been thought to be restricted to a single anatomical site — the lung-draining, mediastinal lymph nodes that lie between the lungs and the spine. This lymph node-centric paradigm now has been challenged in a paper published in the journal Science Immunology.

Researchers led by André Ballesteros-Tato, PhD, associate professor in the University of Alabama at Birmingham Department of Medicine Division of Clinical Immunology and Rheumatology, have found an unnoticed additional site for priming of CD8+ T cells — the spleen.

This is surprising and important. Surprising because there is no lymph vasculature connection between the lungs and the spleen. Important, says Ballesteros-Tato, because CD8+ T cells primed there are transcriptionally distinct and become destined for an alternative fate compared to the T cells in the lymph nodes. CD8+ T cells primed in the lymph nodes are poised to become T effector cells that will return to the lungs to fight infection.

But those primed in the spleen generate precursors with an enhanced ability to differentiate into long-lived, stem-like memory T cells. Such memory cells are capable of a quick response to a future infection by the flu virus, thus providing enduring protective immunity.

“We demonstrate that CD8+ T cells, responding to the same antigen in different anatomical locations, gives rise to cells with distinct functional capabilities,” Ballesteros-Tato said, “thereby providing a new ‘anatomical model’ for how T cell diversity is generated after infection.

“Our results demonstrate a dendritic cell-trafficking pathway that connects the lung with the blood circulation and identify the spleen as a primary site for the priming of long-lived memory T cell precursors,” he said. “These data will be critical for the development of more efficient vaccination and therapeutic strategies to respiratory challenges.”

The UAB researchers, using a mouse/influenza virus infection model, found that priming in the spleen was done by a fraction of the migratory lung dendritic cells that egress the lymph node, enter the blood stream and home to the spleen. Besides transcriptional differences for primed T cells in the spleen, fate-mapping experiments showed that spleen-primed CD8+ T cells were long-lived and contributed substantially to the pool of long-lived memory cells, as compared to CD8+ T cells primed in the mediastinal lymph nodes.

Among experimental results supporting their new paradigm, researchers found that, when dendritic cells were unable to migrate out of the lung, or when lymph node egress was inhibited, dendritic cells bearing lung-derived antigens failed to accumulate in the spleen, thereby preventing splenic T cell priming.

But how do the lung migratory dendritic cells get from the lymph nodes to the spleen?

“Neither the mediastinal lymph nodes nor the lungs are directly connected to the spleen by the lymphatic vasculature,” Ballesteros-Tato said. “Thus, the only possible route for migratory dendritic cells to access the spleen from the mediastinal lymph nodes is via the thoracic duct, which channels the efferent lymph back into the blood circulation.”

Ballesteros-Tato noted that most of the knowledge about stem-like CD8+ T cells has come from work in tumor models or chronic systemic viral infections. “To this day,” he said, “no studies have been performed to address the question of how these cells are generated in the context of respiratory viral infections.”