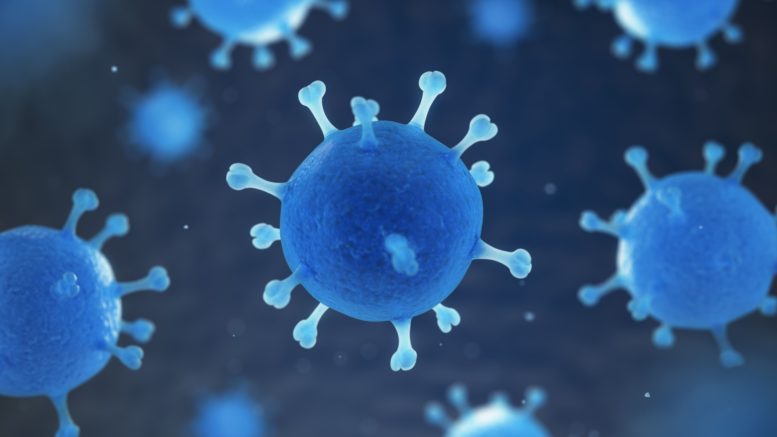 Researchers have engineered an antibody that neutralizes SARS-CoV-2 with a potency that "rivals" current lead SARS-CoV-2 clinical neutralizing antibodies, and that also broadly neutralizes a range of clade 1 sarbecoviruses. Their antibody, ADG-2, studied in mice, represents a "promising candidate" for the prevention and treatment of not only COVID-19, they say, but also of future respiratory diseases caused by SARS-related coronaviruses.

Although two vaccines and two monoclonal antibody (mAb) therapies have been authorized for emergency use by the FDA, it is unknown whether these vaccines and treatments will provide broad protection against new emerging SARS-CoV-2 strains that originate in humans or animal reservoirs; this is partly because epitopes recognized by most of these approaches are highly variable among other clade 1 sarbecoviruses, limiting their utility and increasing their susceptibly to antibody escape mutations. Broadly neutralizing antibodies (bnAbs) are a promising opportunity for a therapy to prevent or mitigate future outbreaks of SARS-related CoVs.

To investigate whether bnAbs can be engineered and provide broad protection in vivo, C. Garrett Rappazzo and colleagues started with antibodies from the memory B cells of a 2003 SARS survivor that cross-neutralize multiple SARS-related viruses with modest potency. They selectively engineered the binding affinities of several of these bnAbs, creating improvements in their abilities to bind the virus. Then the researchers studied the engineered antibodies for SARS-CoV-2 neutralizing activity in mouse cell lines. All engineered bNabs displayed greater neutralization ability than controls, they report. In further studies of these antibodies against sarbecoviruses including SARS-CoV and two bat SARS-related viruses, one engineered antibody, ADG-2, was particularly effective. In further studies, it showed broad binding activity to more than a dozen sarbecoviruses receptor binding domains. It could also bind to naturally circulating viral variants.

In mouse models of SARS and COVID-19, the authors tested the ability of ADG-2 to provide broad in vivo protection. In mice treated prophylactically with ADG-2, viral replication was prevented. Mice given the antibody after viral challenge also fared better - showing significant reduction in viral loads. Structural and biochemical studies demonstrated that ADG-2 recognizes a highly conserved epitope. The authors say this epitope represents an "Achilles' heel for clade 1 sarbecoviruses" and is an attractive target for the design of "pan-SARS" vaccines that aim to elicit similar broadly protective antibodies.