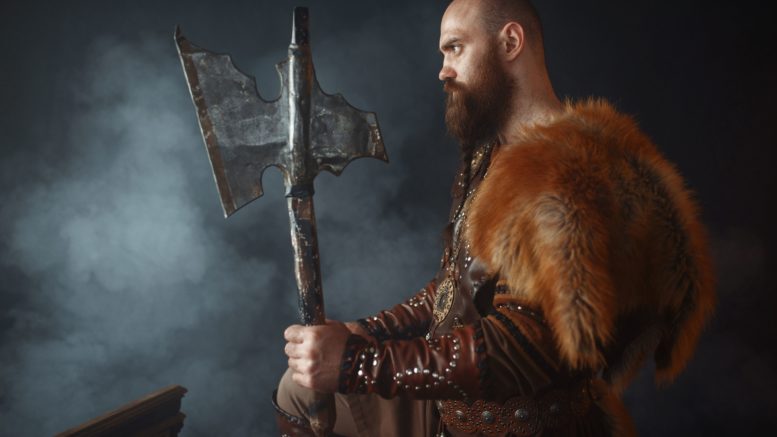 The fatal disease smallpox is older and more widespread than scientists so far have proved. A new study by an international team of researchers from the University of Copenhagen and the University of Cambridge shows that the Vikings also suffered from smallpox.

Through the ages, the highly infectious disease smallpox has killed hundreds of millions of people. But it is unclear exactly when the disease emerged. There has been found evidence of smallpox from individuals from the 17th century while written records suggest the disease is much older.

Now a new study shows that the disease dates 1,000 years further back in time than previously shown. Researchers from the University of Copenhagen (UCPH) and the University of Cambridge have found proof that smallpox also existed in the Viking Age. The new results have been published in the  journal Science.

"We have found the oldest evidence of smallpox. Moreover, it seems to have been surprisingly common as early as in the Viking Age," says associate professor Martin Sikora, Globe Institute, UCPH, and the University of Cambridge. He continues:

"Smallpox is the infection in the world that has killed most people. For that reason alone, it is very important and interesting to know how the disease developed. It gives us a unique opportunity to understand the viruses' evolution: How did it change and become the pathogen that we know of today."

The researchers have studied and analysed the DNA of 13 individuals from Northern Europe infected with smallpox. The samples are 1,000 years older than the previous oldest sample known to have been infected based on ancient DNA, and they thus push the timeline for smallpox further back in time.

The study also shows the disease has been more widespread than previously assumed. The general idea used to be that smallpox was not endemic to Northern Europe during that time period.

"We show that not only was it endemic in Europe, but it was actually quite widespread in Northern Europe already at the year 600. That means that the disease was almost certainly far more established at a much earlier age than previously thought," says professor Eske Willerslev, Globe Institute, UCPH.

The researchers have also discovered that the viruses circulating during the Viking Age were distinct from their modern counterparts, and not directly ancestral to the viruses that caused the last big outbreak of smallpox in the 20th century.

"They share a common ancestor, but they also have unique features that differentiate them from the ones circulating later on in history. It turns out that the viruses we have found were some of these very, very early and different versions of the devastating pathogens known from the 20th century. It is the first time we can trace these early smallpox viruses and compare their genomes and mutations and see how the disease evolved over time," Willerslev.

Even though the disease has been eradicated today, it is still very useful to know how it developed and mutated through the ages.

Smallpox is a so-called poxvirus, a large family of viruses with many different types infecting a diverse set of host species. One such example is monkeypox, which typically infects monkeys but has also been known to cause a disease similar to smallpox in humans. It is therefore useful to known how other types of poxviruses mutate and survive.

"When we know how the disease mutated through time, it gives us an opportunity to put together a catalog of how these pathogens might mutate in the future: What mutations and combinations make such a pathogen viable and successful? If they had those mutations in the past, they can most likely get them again."

"It is one of a few examples where ancient genetic research has direct implications for present-day and future health," says Martin Sikora.