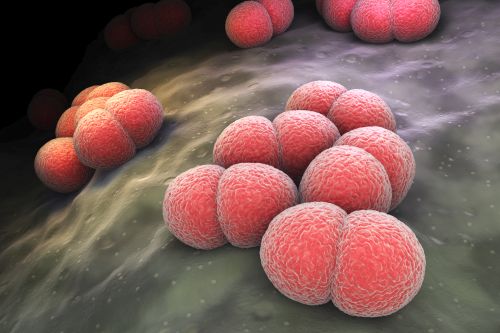 Fever, headache, confusion, seizures, amputations or death. Meningitis is a very serious brain infection that can affect the body in many ways and needs to be treated within 24 hours of contracting the disease. The World Health Organization estimates that there are close to three million cases per year. Between the four main causes of meningitis, the WHO is particularly concerned about bacterial meningitis, which is caused by the infectious bacteria Streptococcus pneumoniae.

Despite widespread implementation of vaccines, bacterial meningitis is still associated with a high mortality rate and neurological consequences including hearing loss, focal neurological deficits and cognitive impairment, estimated to occur in close to half of surviving patients.

Antibiotic treatment is necessary, but with the increasing threat of antibiotic resistance, there is a growing need for new treatment strategies.

Now, in a new study performed in rats, researchers from the University of Copenhagen and Lund University were able to utilize the body’s own immune cells to kill the bacterial meningitis infection.

The researchers show that immune cells entering the brain’s membrane, create a net that traps bacteria but also blocks the movement of cerebrospinal fluid. The brain is constantly cleaned by the cerebrospinal fluid that enters the tissue along blood vessels and is responsible for clearing out waste products made by the active brain cells.

This fluid transport system was named the glymphatic system by Maiken Nedergaard, and its function has been shown to be critical for avoiding accumulation of protein plaques that accumulates in patients with Alzheimer disease. Glymphatic transport of cerebrospinal fluid is also important for avoiding brain swelling in acute diseases such as stroke.

Brain swelling, also called edema, is a life threating condition because the brain is contained within the skull. The swelling compress blood vessels resulting in loss of the brain tissue, which is fatal when the brain regions that controls breathing stops working.

That brain swelling in meningitis is caused by blockage of the glymphatic system is now shown for the first time in collaboration between Nedergaard's group at the University of Copenhagen and Iben Lundgaard at Lund University.

“When the immune cells enter the brain, they eat the bacteria, but while doing so the immune cells also produce inflammatory components, including nets that cause swelling,” says Nedergaard, the lead author from the University of Copenhagen.

“The most important aspects of our study is that it suggests that meningitis can be treated by administration of an enzyme that degrades the neutrophil nets. Enzymatic removal of nets eliminated the often fatal accumulation of fluid in the brain in rats with bacterial meningitis. This novel treatment can be combined with antibiotics if needed,” she says.

The researchers theorized that if the nets were dissolved, leaving just the immune cells without their nets in the meninges, it would allow the cerebrospinal fluid to pass the brain freely.

The net-like structures consist mainly of DNA, so the research team applied drugs for cutting up DNA, so-called DNase. They gave DNase to the rats infected with pneumococcus bacteria, which causes bacterial meningitis.

“We administered DNase to rats infected with the bacteria, and we were able to show that the nets dissolved. The treatment reduced brain swelling and helped in removing metabolic waste production from the infected brain. In contrast, antibiotic treatment did not have an effect on brain swelling or waste clearance,” says Nedergaard.

Based on their results, the research team now hopes to set up an international clinical study to investigate DNase in the treatment of patients with bacterial meningitis. Antibiotic resistant is increasing at an alarming rate and the drug the researchers use here is a promising alternative, and has already been approved for human use in other neurological diseases.

“We would also like to investigate how metabolic waste products removal is impaired in other disease of the brain such as multiple sclerosis or viral meningitis,” says Nedergaard.