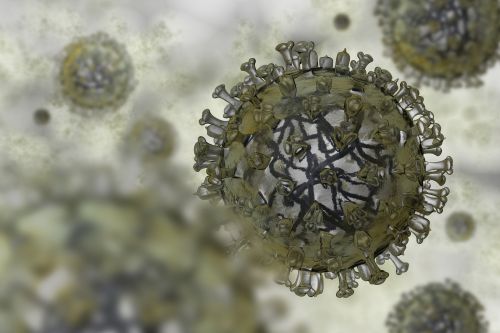 Cases of flu and respiratory syncytial virus (RSV) fell significantly in both adults and children during the COVID-19 pandemic, according to new research being presented at the European Congress of Clinical Microbiology & Infectious Diseases (ECCMID) held online this year.

Influenza A and influenza B (which both cause flu) and RSV are common causes of respiratory infections, particularly in winter. There are 9 to 45 million of cases of flu in the US each year. RSV is particularly common in under-twos but can affect people of all ages.

The retrospective study, by Siri Sarvepalli and colleagues at Wayne State University in Detroit, looked at whether the incidence of these and other respiratory infections fell during the COVID-19 pandemic.

It involved comparing the results of PCR tests for various infections carried out at the Detroit Medical Center (DMC) and Children's Hospital of Michigan (CHM) between September 2019 and February 2020 with the results from September 2020 to February 2021.

The PCR tests used samples from nasopharyngeal swabs to test for influenza A and B, RSV and SARS-COV-2. Samples from throat swabs were used in PCR tests for Group A Streptococcus (GAS), a bacterial throat infection that typically follows viral upper respiratory tract infections.

Data on other respiratory virus infections was also reviewed.

Incidence of other, less common, respiratory viruses had also fallen. In 2019-2020, the proportion of tests for other respiratory viruses that came back positive ranged from 0.2-4.2% (Parainfluenza virus 1: 3.5%, parainfluenza virus 2: 0.4%, human metapneumovirus: 4.2%, Coronavirus 229E: 0.2%) as compared to 0% in 2020-2021 - a change described as "remarkable" by the study's authors. Data on these infections from 42 medical centers across the Midwest revealed a similar pattern across the entire region.

The researchers say, "The incidence of influenza A and B and RSV infections in the 2020-2021 season decreased significantly compared to the 2019-2020 season in both pediatric and adult populations. Community mitigating measures such as social distancing, school closures and use of masks may have decreased the spread of viral pathogens. This may also explain the decrease in GAS infections, which typically occur after an infection with a respiratory virus."

In addition, infection with COVID-19 may have protected people against other respiratory viruses, through viral interference. This occurs when one virus temporarily blocks a co-infection from another virus and was seen during the H1N1 "swine flu" pandemic in 2009.

Similar reductions in incidence of influenza and other respiratory viral infections have been noted elsewhere, including in the southern hemisphere where Australia, Chile and South Africa reported just 51 cases of flu in total in the 2020 flu season.

Sarvepalli says, "It is likely that the number of cases of flu and other respiratory infections will rise back to normal in the coming years as SARS-CoV-2 becomes a seasonal virus. However, if handwashing and other mitigating measures are followed to the same extent as last winter, numbers could instead remain lower than usual."