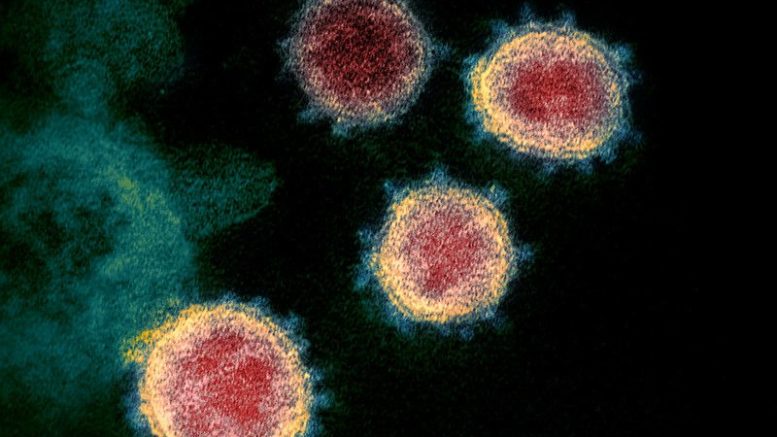 Schuchat, et al. (2020) report in MMWR today the case progression and the factors that contributed to the acceleration of dissemination of COVID-19 in March.

From Jan. 21 through Feb. 23, 2020, 14 cases of coronavirus disease 2019 (COVID-19) were diagnosed in six U.S. states, including 12 cases in travelers arriving from China and two in household contacts of persons with confirmed infections. An additional 39 cases were identified in persons repatriated from affected areas outside the United States. Starting in late February, reports of cases with no recent travel to affected areas or links to known cases signaled the initiation of pandemic spread in the United States. By mid-March, transmission of SARS-CoV-2, the virus that causes COVID-19, had accelerated, with rapidly increasing case counts indicating established transmission in the United States.

The researchers explain, "Ongoing traveler importation of SARS-CoV-2, attendance at professional and social events, introduction into facilities or settings prone to amplification, and challenges in virus detection all contributed to rapid acceleration of transmission during March. Public health responses included intensive efforts to detect cases and trace contacts, and implementation of multiple community mitigation strategies. Because most of the population remains susceptible to infection, recognition of factors associated with amplified spread during the early acceleration period will help inform future decisions as locations in the United States scale back some components of mitigation and strengthen systems to detect a potential transmission resurgence. U.S. circulation of SARS-CoV-2 continues, and sustained efforts will be needed to prevent future spread within the United States. The first cases of COVID-19 in the United States occurred in January and February 2020 in travelers from China’s Hubei Province, where the virus was first recognized, and their household contacts. Beginning in late February, cases with no history of international travel and no contact with infected persons were recognized. By mid-March, transmission had become widespread, and by April 21, a total of 793,669 confirmed COVID-19 cases had been reported in the United States, the majority resulting from widespread community transmission."

Schuchat, et al. (2020) say that factors that contributed to the acceleration of dissemination in March included:
- continued importation of the virus by travelers infected elsewhere (e.g., on cruise ships or in countries experiencing outbreaks)
- attendance at professional and social events, resulting in amplification in the host locations and multi-state spread
- introduction of the virus into facilities or settings prone to amplification (e.g., long-term care facilities and high-density urban areas) with the potential for seeding the broader community
- challenges in virus detection, including limited testing, emergence during the peak months of influenza circulation and influenza and pneumonia hospitalizations, and other cryptic transmission including from persons who were asymptomatic or pre-symptomatic.-