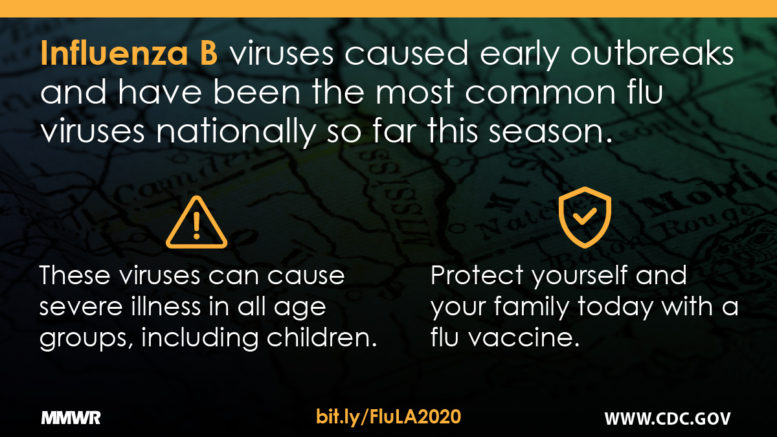 Owusu, et al. (2019) are reporting in the Jan. 10, 2020 Morbidity and Mortality Weekly Report that multiple genetically distinct influenza B/Victoria lineage viruses have cocirculated in the United States recently, circulating sporadically during the 2018–19 season and more frequently early during the 2019–20 season.

Nationally, to date, the researchers add, B/Victoria viruses are the most commonly reported influenza viruses among persons younger than 25 years. Of the 198 patients in the investigation, 95% were aged <18 years. Although most illnesses were uncomplicated, the number of hospitalizations, clinical complications, and the reported pediatric death in Louisiana serve as a reminder that, even though influenza B viruses are less common than influenza A viruses in most seasons, influenza B virus infection can be severe in children. All persons aged ≥6 months should receive an annual influenza vaccination if they have not already received it. Antiviral treatment of influenza is recommended as soon as possible for all hospitalized patients and for outpatients at high risk for influenza complications (including children aged <2 years and persons with underlying medical conditions).