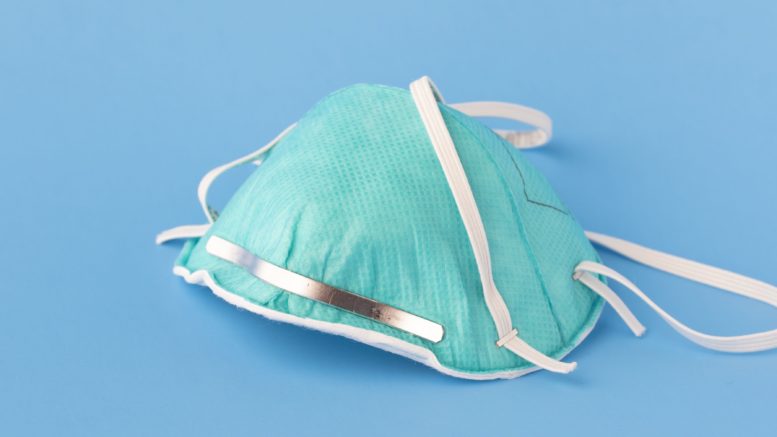 Transmission of SARS-CoV-2 to healthcare workers (HCW) poses a major burden in the current COVID-19 pandemic. Unprotected exposure to a COVID-19 patient is a key risk factor for HCWs. Transmission mainly occurs by droplet transmission, or by aerosol generating procedures. Respirators such as filtering face piece masks (FFP2), also called respirators, are required to prevent transmission during aerosol generating procedures, as part of the personal protective equipment (PPE) for HCWs. However, many HCWs were infected due to lack of PPE, or failure to use them. Therefore, the worldwide shortage of respirators triggered the development of reprocessing used FFP2 respirators or N95 respirators as standard in the U.S. Widmer, et al. (2020) say their proposal with H2O2 plasma sterilization for decontamination allows to reprocess FFP2, while they still meet the filtration efficiency required by EN 149. The authors say that the protocol is simple, uses available resources in hospitals, and can be rapidly implemented to decrease the shortage of respirators during this crisis. The goal of the study was the evaluate if respirators can be reprocessed and still fulfill the requirements for filtration efficiency outlined by EN 149.

Used FFP2 respirators – Model 3 M Aura™ 1862+ − were sterilized using a low temperature process hydrogen peroxide (H2O2), V-PRO® maX Low Temperature, a Food and Drug Administration (FDA)-approved method to decontaminate FFP2 respirators. Decontaminated respirators were further checked for residual peroxide by a single-gas detector for H2O2. The total inward leakage of the protective respirators was quantitatively tested with 10 test persons in an atmosphere charged with paraffin aerosol according to the European Standard EN 149. The fit factor was calculated as the inverse of the total inward leakage.

Ten new and 10 decontaminated FFP2 respirators were tested for filtration efficiency. None of the respirators exceeded the maximum acceptable concentration of peroxide. More than 4000 respirators have been reprocessed so far, at cost of approximately 0.3 Euro/piece.

The researchers concluded that FFP2 respirators can be safely reprocessed once after decontamination with plasma peroxide sterilization, whereafter they still fulfill EN 149 requirement; they add that this allows to almost double the current number of available FFP2 respirators.