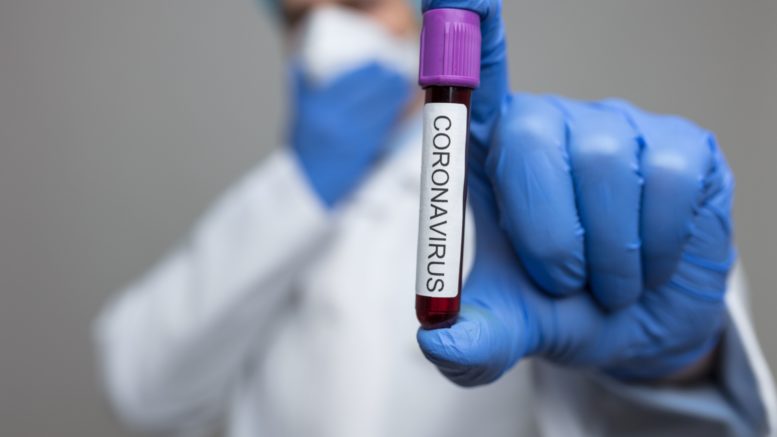 USC researchers have developed a new method to counter emergent mutations of the coronavirus and hasten vaccine development to stop the pathogen responsible for killing thousands of people and ruining the economy.

Using artificial intelligence (AI), the research team at the USC Viterbi School of Engineering developed a method to speed the analysis of vaccines and zero in on the best potential preventive medical therapy.

The method is easily adaptable to analyze potential mutations of the virus, ensuring the best possible vaccines are quickly identified -- solutions that give humans a big advantage over the evolving contagion. Their machine-learning model can accomplish vaccine design cycles that once took months or years in a matter of seconds and minutes, the study says.

"This AI framework, applied to the specifics of this virus, can provide vaccine candidates within seconds and move them to clinical trials quickly to achieve preventive medical therapies without compromising safety," said Paul Bogdan, associate professor of electrical and computer engineering at USC Viterbi and corresponding author of the study. "Moreover, this can be adapted to help us stay ahead of the coronavirus as it mutates around the world."

When applied to SARS-CoV-2 -- the virus that causes COVID-19 -- the computer model quickly eliminated 95% of the compounds that could've possibly treated the pathogen and pinpointed the best options, the study says.

The AI-assisted method predicted 26 potential vaccines that would work against the coronavirus. From those, the scientists identified the best 11 from which to construct a multi-epitope vaccine, which can attack the spike proteins that the coronavirus uses to bind and penetrate a host cell. Vaccines target the region -- or epitope -- of the contagion to disrupt the spike protein, neutralizing the ability of the virus to replicate.

Moreover, the engineers can construct a new multi-epitope vaccine for a new virus in less than a minute and validate its quality within an hour. By contrast, current processes to control the virus require growing the pathogen in the lab, deactivating it and injecting the virus that caused a disease. The process is time-consuming and takes more than one year; meanwhile, the disease spreads.

The method is especially useful during this stage of the pandemic as the coronavirus begins to mutate in populations around the world. Some scientists are concerned that the mutations may minimize the effectiveness of vaccines by Pfizer and Moderna, which are now being distributed. Recent variants of the virus that have emerged in the United Kingdom, South Africa and Brazil seem to spread more easily, which scientists say will rapidly lead to many more cases, deaths and hospitalizations.

But Bogdan said that if SARS-CoV-2 becomes uncontrollable by current vaccines, or if new vaccines are needed to deal with other emerging viruses, then USC's AI-assisted method can be used to design other preventive mechanisms quickly.

For example, the study explains that the USC scientists used only one B-cell epitope and one T-cell epitope, whereas applying a bigger dataset and more possible combinations can develop a more comprehensive and quicker vaccine design tool. The study estimates the method can perform accurate predictions with over 700,000 different proteins in the dataset.

"The proposed vaccine design framework can tackle the three most frequently observed mutations and be extended to deal with other potentially unknown mutations," Bogdan said.

The raw data for the research comes from a giant bioinformatics database called the Immune Epitope Database (IEDB) in which scientists around the world have been compiling data about the coronavirus, among other diseases. IEDB contains over 600,000 known epitopes from some 3,600 different species, along with the Virus Pathogen Resource, a complementary repository of information about pathogenic viruses. The genome and spike protein sequence of SARS-CoV-2 comes from the National Center for Biotechnical Information.

COVID-19 has led to 87 million cases and more than 1.88 million deaths worldwide, including more than 400,000 fatalities in the United States. It has devastated the social, financial and political fabric of many countries.

The study authors are Bogdan, Zikun Yang and Shahin Nazarian of the Ming Hsieh Department of Electrical and Computer Engineering at USC Viterbi.