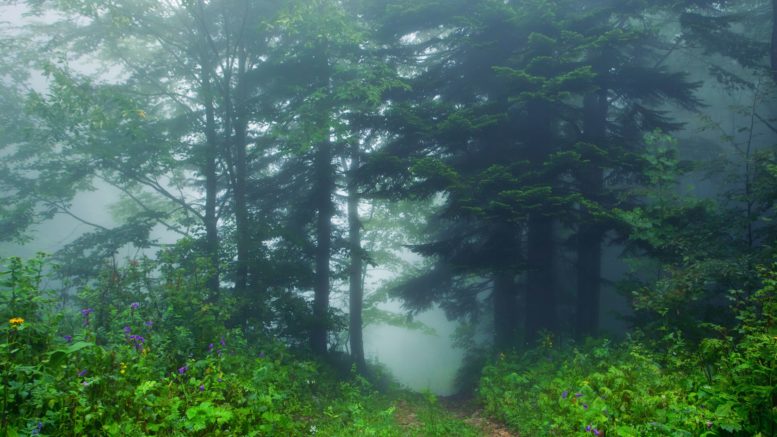 Viruses that jump from animals to people, like the one responsible for COVID-19, will likely become more common as people continue to transform natural habitats into agricultural land, according to a new Stanford study.

The analysis, published in Landscape Ecology, reveals how the loss of tropical forests in Uganda puts people at greater risk of physical interactions with wild primates and the viruses they carry. The findings have implications for the emergence and spread of infectious animal-to-human diseases in other parts of the world, and suggest potential solutions for curbing the trend.

"At a time when COVID-19 is causing an unprecedented level of economic, social and health devastation, it is essential that we think critically about how human behaviors increase our interactions with disease-infected animals," said study lead author Laura Bloomfield, an MD student in the School of Medicine and a PhD candidate in the Emmett Interdisciplinary Program in Environment and Resources within Stanford's School of Earth, Energy & Environmental Sciences. "The combination of major environmental change, like deforestation, and poverty can spark the fire of a global pandemic."

People have converted nearly half of the world's land into agriculture. Tropical forests have suffered the most, with some of the highest rates of agricultural conversion over the last few decades. In Africa, this has accounted for about three-quarters of recent forest loss. What remains, outside protected parks and preserves, are small islands of forest in a sea of farmland and areas where farmland intrudes into larger forested areas.

In Uganda, decades of migration and the creation of farmlands outside Kibale National Park have led to a high density of people trying to support their families at the edge of forested habitats. Ordinarily, people avoid wild primates because they are well-known carriers of disease, and many are protected by Uganda's Wildlife Authority. However, continued loss of forested habitat means wild primates and humans are increasingly sharing the same spaces and vying for the same food.

When people venture into forested areas for resources and when animals venture out of their habitats to raid crops, the chances increase for transmission of zoonotic - or animal-to-human - disease. A prime example is HIV, which is caused by a virus that jumped from wild primates to humans via infected bodily fluids.

"We humans go to these animals," study co-author Eric Lambin, the George and Setsuko Ishiyama Provostial Professor in Stanford's School of Earth, Energy & Environmental Sciences. "We are forcing the interaction through transformation of the land."

Unlike previous studies that examined the issue from primarily an ecological standpoint, the Stanford study is the first to integrate landscape-level ecological factors with individual-level behavioral factors and weigh risks to human health.

The researchers began by collecting land use survey data from small-scale farmers living near forest fragments. They combined this information with high-resolution satellite imagery from the same time period to model how landscape patterns and individual behaviors together make certain people more likely to have contact with wild animals.

They found the strongest predictors of human-wild primate contact were the length of the forest boundary around people's homes and the frequency with which people ventured into these forested areas to collect small trees for construction material. Searching for these pole-like trees entails spending more time deep in primate habitats than other forest-based activities.

The researchers were surprised to find some of their assumptions turned upside down. For example, small fragments of residual forest - not larger expanses of habitat - were most likely to be the site of human-wild primate contacts due to their shared borders with agricultural landscapes.

Similarly, the researchers speculate that increasing intrusion of agriculture into forests and resulting human activities in these areas could lead to more spillover of infections from wild primates to humans worldwide.

The researchers suggest that relatively small buffer zones, such as tree farms or reforestation projects, around biodiversity-rich forests could dramatically lessen the likelihood of human-wild primate interaction. Using external resources, such as national or international aid, to provide fuel and construction material or monetary supplements could also reduce pressure on people to seek out wood in forested areas.

"At the end of the day, land conservation and the reduction of forest fragmentation is our best bet to reduce human-wild animal interactions," said study coauthor Tyler McIntosh, a former graduate student in the Stanford Earth Systems Program now working at the Center for Western Priorities.

The research was supported by the National Institutes of Health, the McGee and Emmett Interdisciplinary Program in Environment and Resources and the Medical Scientist Training Program.