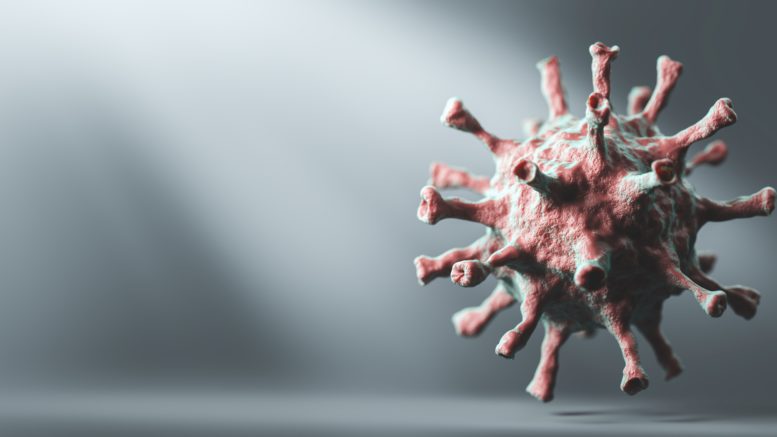 A research group of the Department of Pharmacy and Biotechnology of the University of Bologna analyzed more than one million SARS-CoV-2 genome sequences. This analysis led to the identification of a new variant that, over the past weeks, has been spreading mostly in Mexico but has also been found in Europe. Their paper published in the Journal of Medical Virology presented the so-called "Mexican variant," whose scientific name is T478K. Like other strains, this presents a mutation in the Spike protein, which allows coronaviruses to attach to and penetrate their targeted cells.

"This variant has been increasingly spreading among people in North America, particularly in Mexico. To date, this variant covers more than 50% of the existing viruses in this area. The rate and speed of the spread recall those of the 'British variant,'" explains Federico Giorgi, who is the study coordinator and a professor at the Department of Pharmacy and Biotechnology of the University of Bologna. "The mutation of the Spike protein is structurally located in the region of interaction with human receptor ACE2. Coronaviruses attach to this receptor to infect cells, thus spreading the infection with more efficacy."

The researchers started from the analysis of almost 1.2 million sequenced samples of the SARS-CoV-2 genome found in international databases until April 27, 2021. The new T478K variant was detected in 11435 samples. This is double the number of samples that presented the same variant just a month earlier. Such an increase since the beginning of 2021 alarmed the researchers.

The "Mexican variant" spreads evenly across males and females and age ranges. This variant represents 52.8% of all sequenced coronaviruses in Mexico, whereas in the United States it shows up only in 2.7% of the sequenced samples. As concerns Europe, the "Mexican variant" has spread feebly in Germany, Sweden, and Switzerland. In Italy is virtually non-existent with only 4 reported cases.

The mutation characterizing this variant is located in a region of the Spike protein that is responsible for the interaction with the human receptor ACE2: this is the mechanism allowing coronaviruses to access the cells. Similar mutations are common to all variants that have been at the center of attention in the past months. Indeed, recent coronavirus variants stand out for their high infection rates, which made them pervasive in many areas of the world.

Researchers tested the action of T478K Spike protein with in silico simulations and found out that this mutated protein can alter the superficial electrostatic charge. Consequently, it can change not only the interaction with the ACE2 human protein but also with the antibodies of the immune system and thus hinder drug efficacy.

"Thanks to the great amount of data available in international databases, we can hold an almost real-time control over the situation by monitoring the spread of coronavirus variants across different geographical areas," says Giorgi. "Keeping up this effort in the next months will be crucial to act promptly and with efficient means."

"Preliminary report on SARS-CoV-2 Spike mutation T478K" is the title of the study published in the Journal of Medical Virology. The authors are Simone di Giacomo, Daniele Mercatelli, Amir Rakhimov, and Federico Giorgi, all from the Department of Pharmacy and Biotechnology of the University of Bologna.