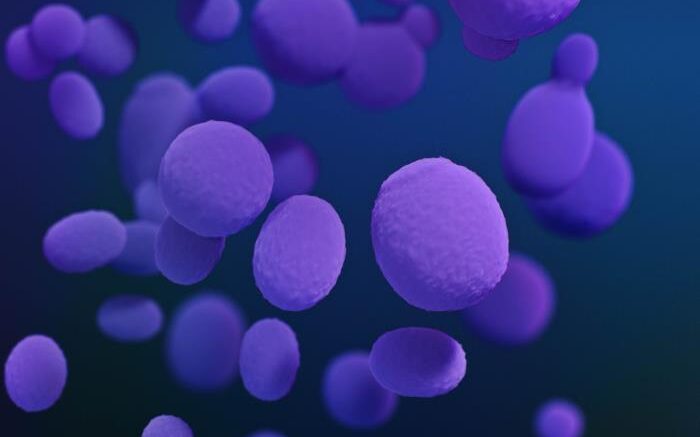 This is a medical illustration of Candida sp. fungal organisms. Courtesy of Stephanie Rossow, CDC

The lungs were for a long time considered to be sterile in health, while in a disease state like chronic obstructive pulmonary disease (COPD), failure in immune mechanisms were thought to allow microorganisms to proliferate and persist. New sequencing techniques have shown that several microorganisms reside in the lungs of healthy individuals, as well. Few studies have examined the fungal community in COPD and compared it to healthy controls using such techniques. According to the study findings, the compositions of these environments seem to be unaffected by the use of inhaled steroids.

The Bergen COPD Microbiome study (MicroCOPD) is the world's largest single-center study on the fungal community in lungs of persons with COPD. The Bergen Respiratory Research Group collected samples from the lungs of 233 individuals with and without COPD using bronchoscopy. Lung and mouth samples from 193 of these individuals were subsequently sequenced to detect residing fungi.

"Results showed that both healthy and diseased lungs had a different fungal composition than the mouth, suggesting that lungs have a unique fungal environment," says PhD candidate Einar Marius Hjellestad Martinsen.

The prevalence and severity of fungal infections have increased in recent years. The finding that Candida is frequently found in healthy lungs could thus be of special importance. Candida is found as part of the normal flora on several mucous membranes, and is capable of causing disease, for instance thrush in the mouth or vagina.

"It would be of great interest to further examine if fungal lung infections are caused by fungi that are already present in the lungs," says Hjellestad Martinsen. "If so, emphasis should be placed on these fungi to reveal what triggers are responsible for converting them from being "friendly residents" of our lungs to disease-causing intruders."

It is known that use of inhaled steroids can have immunosuppressive effects, which can predispose to fungal outgrowth. The observation that inhaled steroids did not seem to affect the composition of the fungal environments in the lungs is interesting in this regard. Inhaled steroids are frequently used by patients with COPD and asthma, hence it would be of importance to know more about their influence on fungi found in the lungs.

The research group consists of several researchers working on the bacterial and fungal microbiota in the lungs, and the group is currently examining whether fungi is present also in other lung diseases.