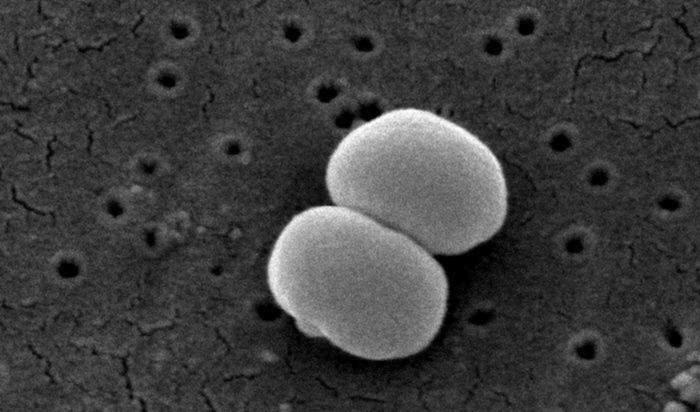 In a new study out of University of California San Diego School of Medicine, researchers have identified a universal strain of bacteria derived from healthy human skin that can treat the most common type of eczema, also known as atopic dermatitis.

In the paper published Feb. 22, 2021, in Nature Medicine, the research team investigated the safety and mechanisms of this certain bacteria in a first-in-human, Phase I, double-blinded clinical trial looking to treat people living with eczema. Of the 54 participants, two-thirds reported improvements in their symptoms, including fewer complaints of itchiness and inflammation.

“The main question we wanted to answer was if this was safe. This was a safety study,” said Richard Gallo, MD, PhD, the Ima Gigli Distinguished Professor of Dermatology and chair of the Department of Dermatology at UC San Diego School of Medicine. “We found exactly what we hoped to find. The eczema of participants who received the bacterial treatment improved and there were no adverse events.”

Researchers screened more than 8,000 isolates of Staphylococcal bacteria derived from the skin of individuals without eczema, and identified a few strains that inhibited growth of Staphylococcal aureus, a pathogenic bacterium that aggravates skin conditions, such as eczema. These strains were evaluated for additional characteristics, such as decreased capacity to damage skin, and sensitivity to common antibiotics.

The screening resulted in the identification of a single strain of bacteria called Staphylococcus hominis A9 that could be used for the treatment of atopic dermatitis.

“That’s how we found the universal strain. This was one out of 8,000 strains that were tested in a dish for their ability to kill Staphylococcal aureus and treat atopic dermatitis,” said Gallo. “And it worked.”

The first tests were performed in animal models where mice were given an experimental version of eczema. Researchers then mixed Staphylococcus hominis with unscented lotion and applied the mixture to the mice twice daily for three days. After treatment, also known as bacteriotherapy, the mice were essentially cured of the eczema.

Success with these animal models led to the Phase I clinical trial using bacteriotherapy to treat 54 trial participants with eczema. Two-thirds of the participants showed a large reduction in S. aureus populations on their skin and improvement in their eczema.

“This research is a unique approach to targeting the harmful Staphylococcal aureus on atopic dermatitis skin with beneficial bacteria,” said study co-author Donald Leung, MD, allergist and immunologist at National Jewish Health and a co-author of the study. “It’s our hope this will help patients with eczema rid their skin of the harmful bacteria causing the inflammation. Future studies will determine if this new cream can be used for long periods’ of time to reduce the severity of eczema and improve the patient’s quality of life.”

Healthy human skin is alive with bacteria — there are more microorganisms living in and on the human body than there are human cells. Most microbes reside on human skin without causing harm, but in some people, bacterial pathogens can negatively alter a person’s health.

According to the National Eczema Association, nearly 18 million people in the United States have atopic dermatitis, the most common form of eczema, which is a chronic, itchy rash that commonly appears on the arms, legs and cheeks.

“From our research, we’ve determined this rational therapeutic approach for atopic dermatitis appears to be safe for people to use to treat their eczema,” said Gallo. “And it’s easy, too, because it’s just a cream and avoids the side effects of steroids and other drugs that target the immune system.”

Disclosure: Richard L. Gallo is a cofounder, consultant, member of the scientific advisory board and holds equity in MatriSys Bioscience, a company that is developing skin bacteriotherapy.