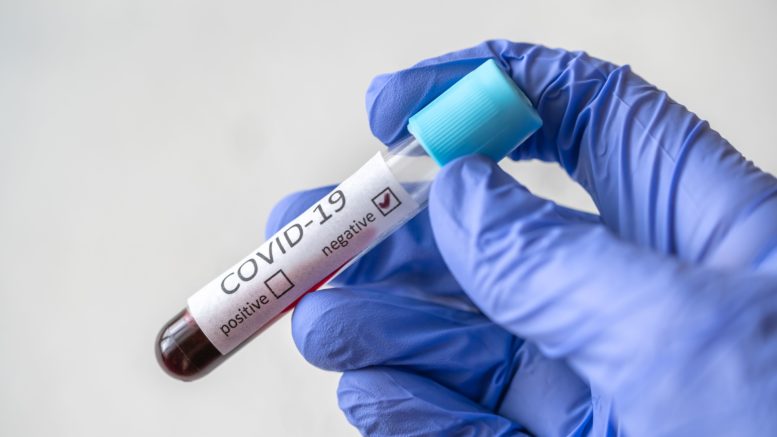 Two types of tests are used to track SARS-CoV-2. Reverse transcriptase PCR (rt-PCR) tests for current infection. Antibody tests reveal that an infection has taken place, even long after the fact.

Each of 2 papers published in the Journal of Clinical Microbiology (JCM) addresses one of these testing modalities. One paper, on antibody testing, by Elitza S. Theel, PhD, and colleagues, of the Department of Clinical Microbiology the Mayo Clinic, Rochester Minnesota found that two tests for SARS-CoV-2 antibodies are highly accurate. The other paper, on using rt-PCR to test for current infection, by Daniel A. Green, MD, of Columbia University Irving Medical Center, New York, NY, and colleagues, found that when patients test negative for the presence of COVID-19 RNA, despite either a "high clinical suspicion" of infection or a likelihood that the patient has been exposed, a repeat test is indicated.

Using rt-PCR for determining the presence of certain RNA sequences from the virus' genome is the gold standard for determining if a person is currently infected. Nonetheless, occasionally, residues containing relevant sequences may remain in the body after an infection has cleared, yielding a false positive.

In the study, Green and his collaborators performed 27,377 tests in 22,338 patients. They performed repeat testing for 3,432 patients, among whom 2,413 had tested negative the first time and 802 had tested positive. Among the repeats in people who had tested positive, the investigators found that conversion to a negative result was unlikely to occur before 15 to 20 days following initial testing, or before 20 to 30 days post-onset of symptoms.

Among those initially testing negative, despite either having had symptoms or having been exposed to the virus, at 20 days out, one-quarter of these patients tested positive upon repeat.

The switch from testing negative to testing positive may be accounted for by viral shedding, which increases over time and eventually crosses a detection threshold. Additionally, significant numbers of patient samples are improperly collected, yielding inaccurate results, and repeat testing increase the probability of an accurate result. Finally, some patients who initially test negative are truly negative and acquire the infection in the hospital after admission.

In patients with an initial positive result, the investigators advise waiting at least 15 days before conducting a repeat test. They caution that in the case of a positive repeat, "whether repeat positivity represents active infection or more likely detection of nonviable viral RNA is unknown [and] further studies are needed to develop predictive models of the course and outcome of COVID-19."

Antibody testing is useful for determining the virus's geographic spread, the percentage of a population that has been infected and the onset of herd immunity. It likely will also be useful for finding potential donors of convalescent plasma--antibodies that could be administered to people with severe cases of COVID-19 in order to help them fight the virus--and for determining if candidate vaccines work.

Theel and her collaborators examined the accuracy of 4 test kits in identifying both people who are infected (sensitivity) and those who are not infected (specificity). Two of the tests, from Abbott Laboratories (Anbott Park, IL) and Ortho-Clinical Diagnostics (Rochester, NY)--out of three that excelled in sensitivity--also proved 99% accurate for specificity. The third test, from Euroimmun (Lubeck, Germany), excelled for sensitivity, but not for specificity. "With the unprecedented influx of commercially available test kits for the detection of antibodies against SARS-CoV-2, it remains imperative that laboratories thoroughly evaluate these assays for accuracy prior to implementation," the researchers wrote.

Be the first to comment on "SARS-CoV-2: New Insights on Antibody Testing and RNA Testing"