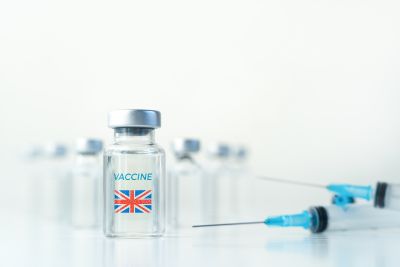 A variant of SARS-CoV-2 that emerged in southeast England in November 2020 is more transmissible than pre-existing variants, a new modeling study finds. Further analyses suggest the variant - VOC 202012/01 - will lead to large resurgences of COVID-19 cases.

"Without stringent control measures, including limited closure of educational institutions and a greatly accelerated vaccine roll-out, COVID-19 hospitalizations and deaths across England in 2021 will exceed those in 2020," the study's authors say.

After emerging in November 2020, evidence began to emerge in December that VOC 202012/01 was rapidly outcompeting preexisting variants in southeast England. As of 15 February 2021, it comprises roughly 95% of new SARS-CoV-2 infections in England and has now been identified in at least 82 countries. Estimates of its growth rate, disease severity, and impact are crucial for informing policy responses.

After analyzing 150,000 sequenced SARS-CoV-2 samples from across the United Kingdom, Nicholas Davies and colleagues found that the relative population growth rate of VOC 202012/01 in the first 31 days following its initial observation was higher than that of all 307 other virus variant lineages. To understand possible biological mechanisms for this, the authors used an age- and regionally structured mathematical model of SARS-CoV-2 transmission to test several assumptions, including that the variant has a higher viral load or longer shedding period.

Based on their analysis, they identify increased transmissibility as the model that best explains the variant's rapid spread. They estimate that the novel variant has a 43-90% higher reproduction number than preexisting variants of SARS-CoV-2 in England. Davies and colleagues used modeling to further analyze how interventions could reduce the potential burden of this new variant in the United Kingdom. From the scenarios they assessed, they conclude that a substantially increased vaccine roll-out and school closures for 2021 may be needed to prevent COVID-19 deaths and hospitalizations in 2021 from exceeding those in 2020.

The authors note limitations to their analysis, including having only considered a small number of intervention and vaccination scenarios. Even so, they conclude, their projections point to "an urgent need to consider what new approaches may be required to sufficiently reduce the ongoing transmission of SARS-CoV-2."

1 Comment on "SARS-CoV-2 Variant That Emerged in UK More Transmissible, Could Spark Resurgences"