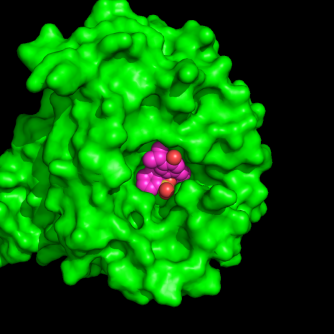 Researchers in San Antonio are not waiting for the next pandemic to begin developing treatments that could stop it.

“When people talk about what could be the next COVID-19, many epidemiologists and virologists will put their money on Nipah virus,” says Olena Shtanko, PhD, a staff scientist at Texas Biomedical Research Institute (Texas Biomed).

First identified in 1998, Nipah virus has caused only a few known outbreaks that were quickly contained, including one in India last month. The virus is transmitted from animals to humans, with some documented human-to-human transmission as well. It causes a wide range of reactions from asymptomatic infections to brain swelling or coma, killing between 40-75% of people infected. While total human infections to date are estimated in the hundreds, the World Health Organization has named Nipah virus a priority disease in need of urgent research and development because no approved vaccines or treatments exist.

The institutes are funding the initial research through their innovative collaboration to accelerate high-impact biomedical research, The San Antonio Partnership for Precision Therapeutics (SAPPT). The program provided a $200,000 seed grant for two years of research and drug discovery.

“Drug development is expensive, so it is hard to justify investing in drug discovery for something that has infected so few people so far,” says Jonathan Bohmann, PhD, a principal scientist at SwRI leading the research project. “The SAPPT recognizes the importance of staying ahead in research and development for emerging threats such as the Nipah virus.”

The collaborators have already made substantial strides in the first year of work.

Bohmann leveraged the SwRI-developed drug discovery software, RhodiumTM, which screens a massive database of thousands of known compounds and molecules, and conducts virtual simulations to predict which ones might physically bind to Nipah virus and thus prevent it from binding to human cells.

RhodiumTM identified about 35 top candidates, which were then synthesized by the medicinal chemists at the Center for Innovative Drug Discovery (CIDD), a joint venture between UTSA and UT Health San Antonio.

“The CIDD provides a diverse array of drug discovery core facilities and expertise to facilitate the translation of basic scientific discoveries into tangible pre-clinical candidate drugs,” says Stanton McHardy, PhD, the center’s director. “We are excited to bring our unique resources and skills and work collaboratively to find a drug for such an understudied disease before it becomes a global emergency.”

Once the compounds are synthesized, they are put to the test in the biocontainment safety level (BSL)-4 laboratory at Texas Biomed. Shtanko and her team spent several months establishing the protocols for maintaining the pathogen in the BSL-4, from figuring out the basics of the best way to grow it, to setting up standardized antiviral tests in infected cells.

“Very few labs in the world are able to work with this mysterious virus, and it does not come with a detailed instruction manual,” Shtanko says. “Now that our protocols have been reviewed and approved by the CDC, we have everything in place to conduct high-throughput screening of potential drug candidates against Nipah virus.”

The initial screens have already shown promising results: of the 35 candidates, three inhibited the virus and one was especially potent. Compounds that work against the virus, and are also nontoxic to human cells, will be sent to UT Health San Antonio for their close-up. X-ray crystallography, used to show the 3D molecular structure of viral proteins, reveals exactly how the compounds are interacting with the virus.

“The structure shows what the precise mechanism is, so we can understand how it is working, compare it with the RhodiumTM prediction and further tweak as necessary to improve the drug,” says Alex Taylor, Ph.D., associate director of UT Health San Antonio’s Structural Biology Core.

Over the next year, the team will continue investigating ways to improve the promising contenders, as well as identify other potential options. The researchers will also test the virus and compounds in brain organoids, which are miniature 3D structures mimicking human organs and are being developed by Jenny Hsieh, Ph.D., director of UTSA’s Brain Health Consortium.

“No one institute could do this alone, but together we are able to make rapid progress,” says Bohmann. “We hope this collaboration can continue to grow and ultimately produce an effective and safe treatment that could be quickly deployed to stop Nipah virus outbreaks and save lives.”