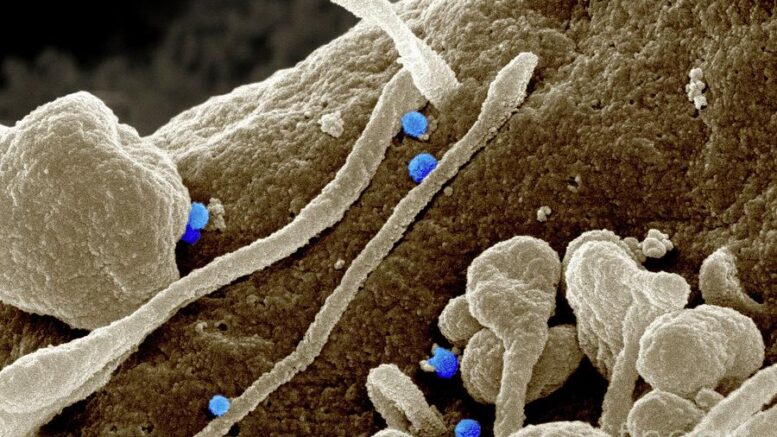 Army scientists working as part of an international consortium have developed and tested an antibody-based therapy to treat Crimean-Congo hemorrhagic fever virus (CCHFV), which is carried by ticks and kills up to 60 percent of those infected. Their results are published online today in the journal Cell.

Using blood samples donated by disease survivors, the study's authors characterized the human immune response to natural CCHFV infection. They were able to identify several potent neutralizing antibodies that target the viral glycoprotein--a component of the virus that plays a key role in disease development. Several of these antibodies, administered individually or in combination, protected mice from CCHFV when given prior to virus exposure.

To treat mice that had already been infected, the team created "bispecific" antibodies that combined potency with the ability to bind to two separate sites on the CCHFV glycoprotein. One of these bispecific antibodies, called DVD-121-801, overcame CCHFV infection in mice with just a single dose administered 24 hours after challenge with live virus.

Efforts are underway to develop DVD-121-801 as a potential therapeutic for human patients, according to co-first author Andrew H. Herbert, PhD, of the U.S. Army Medical Research Institute of Infectious Diseases (USAMRIID).

CCHFV is the most prevalent tick-borne virus that causes human disease, and is endemic in countries across Europe, Asia, and Africa. Despite its high lethality and widespread distribution, no vaccines or specific treatments are available. It has been designated a priority pathogen by the World Health Organization.

"Rodent models of CCHFV infection are useful in testing and down-selecting neutralizing antibodies," commented Herbert. "However, to advance a lead candidate for therapeutic use, it will be necessary to conduct studies in larger animal models that more faithfully recapitulate human disease."

In addition to USAMRIID, other institutions participating in the study were Adimab, LLC; Albert Einstein College of Medicine, Bronx, New York; Mapp Biopharmaceutical, Inc.; the University of Texas Medical Branch at Galveston; the University of Texas at Austin; Institut Pasteur in Paris, France; Ben-Gurion University of the Negev in Beer-Sheva, Israel; and Uganda Virus Research Institute in Entebbe, Uganda.