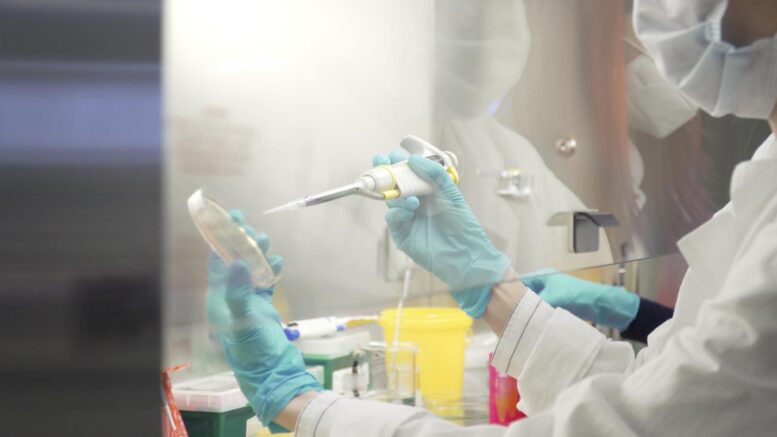 Scientists from Skoltech Center for Life Sciences and MSU have investigated antibiotic nybomycin that could prove effective against bacteria resistant to other antibiotics. Their research was published in the journal Antimicrobial Agents and Chemotherapy.

All bacterial cells contain topoisomerases, an important group of enzymes that help deal with spatial difficulties stemming from bacterial cell division associated with circular DNA replication. Topoisomerases can be of two types, I and II, depending on breaks they produce in DNA (one strand or double strand). Type II often acts as a target for antibiotics, including fluoroquinolones (FQ), a common group of antibiotics that comprises levofloxacin, ciprofloxacin, and others. Unfortunately, bacteria easily acquire resistance to FQs through mutations in topoisomerase-encoding genes. The emergence of resistant pathogenic strains is a global problem in healthcare, therefore, identifying alternative pathways to thwart their persistence is the current frontier in drug discovery. Nybomycins reported to be "reverse antibiotics" are capable of blocking fluroquinolone resistant DNA-gyrase (one of the type II Topoisomerases). Previously, this effect was observed in gram-positive bacteria only (bacteria can be either gram-positive or gram-negative, depending on their cell wall structure).

A team led by Olga Dontsova, a professor at Skoltech and Moscow State University, has demonstrated the impact of the "reverse antibiotic" on Gram-negative bacteria and showed for the first time ever that nybomycin can also be effective against unstable topoisomerases.

"Interestingly, the first inhibitors of topoisomerases of type II were found among quinolones, artificially synthesized molecules," explains Ilya Osterman, a principal research scientist at Skoltech Center for Life Sciences. "Now increasingly more natural molecules are found that are effective against the same target. Nybomycin, a natural inhibitor of topoisomerases II, disrupts fluoroquinolone-resistant gyrases, which means that it can be used when fluoroquinolones, the classic gyrase inhibitors, do not work. This is the first study that looks into the details of inhibition of topoisomerases II in gram-negative bacteria using nybomycin which has been shown to block fluoroquinolone-sensitive and fluoroquinlone-resistant forms of gyrase in Escherichia coli."

According to Dontsova, "Finding ways to overcome bacterial resistance to antibiotics is especially important in pandemics, when secondary bacterial infections that are difficult to fight often develop."