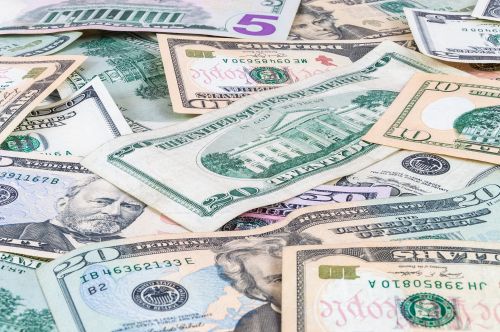 How long do coronaviruses remain infectious on banknotes and coins? Is it possible to become infected through contact with cash? Experts at the European Central Bank, in collaboration with the Department of Medical and Molecular Virology at Ruhr-Universität Bochum, wanted to clarify this question.

The researchers led by professor Eike Steinmann and Dr. Daniel Todt developed a method specifically to test how many infectious virus particles can be transferred from cash to the skin in real-life conditions. Conclusion: under realistic conditions, the risk of contracting Sars-Cov-2 from cash is very low. The study has been published in the journal iScience.

To find out how long Sars-Cov-2 persists on coins and banknotes, the researchers treated various euro coins and banknotes with virus solutions of different concentrations and over several days observed how long infectious virus was still detectable. A stainless-steel surface served as a control in each case. The results are reassuring: while infectious virus was still present on the stainless-steel surface after seven days, on the 10-euro banknote, it took only three days to completely disappear. For the 10-cent, 1-euro, and 5-cent coins after six days, two days and one hour, respectively, no infectious virus was detectable.

“The rapid decline on the 5-cent piece is because it’s made of copper, on which viruses are known to be less stable,” explains Todt.

The research team developed a new method to study how well the virus is transferred from a surface to the fingertip. They contaminated banknotes, coins and credit-card-like PVC plates with harmless coronaviruses and, under high-security conditions, also with Sars-Cov-2. These surfaces were then touched, while still wet or when already dried, by test subjects with their fingertips or, in the case of Sars-Cov-2, with artificial skin. Cell cultures were then inoculated with the viruses adhering to the fingertips. This allowed the researchers to determine the number of transmitted virus particles that were still infectious.

“We saw that immediately after the liquid had dried, there was practically no transmission of infectious virus,” Todt summarizes. “Under realistic conditions, infection with Sars-Cov-2 from cash is very unlikely.”

This observation is consistent with findings of other studies that show in the vast majority of cases, infection occurs via aerosols or droplets. Smear infections via surfaces are almost non-existent. The current study was conducted with the alpha variant of Sars-Cov-2 in addition to the wild-type variant.

“We assume that other variants, such as the currently predominant delta variant, also behave similarly,” Steinmann explains. The shelf life of the virus variants studied so far has not differed from that of the original virus.