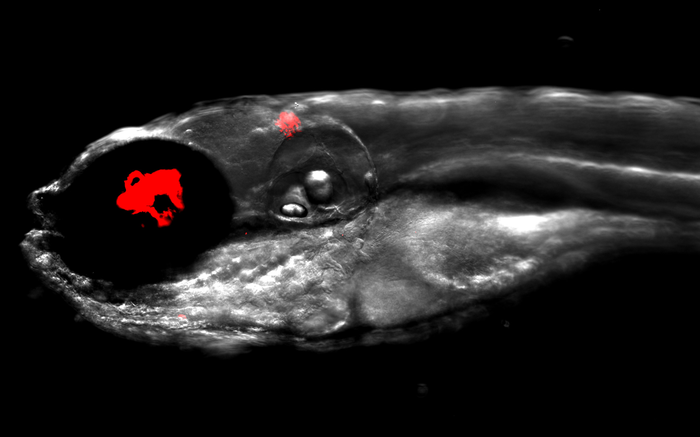 Mycobacterium abscessus, a relative of the bacteria that cause tuberculosis and leprosy, is responsible for particularly severe damage to human lungs and can be resistant to many standard antibiotics, making infections extremely challenging to treat. However, there is hope. Bacteria are vulnerable to naturally occurring viruses, called bacteriophages; for every species of bacteria, there is a unique bacteriophage that will destroy it. Scientists are testing new therapies that combine bacteriophages with the antibiotics that we currently use, to treat antibiotic-resistant infections. In their current Disease Models & Mechanisms paper, Laurent Kremer and colleagues from Université de Montpellier, France, and University of Pittsburgh investigate the antibacterial effects of a new combination therapy, treating infections caused by the antibiotic-resistant bacteria M. abscessus with a bacteriophage and an antibiotic.

Previously, the Pittsburgh team had identified one bacteriophage out of 10,000, known as ‘Muddy’, that efficiently kills bacteria in a petri dish and could be a candidate for treating these infections in humans. However, the team wanted to find an alternative to testing their new therapy in patients. Knowing that human cystic fibrosis patients are particularly vulnerable to M. abscessus infections, Kremer and colleagues decided to test their new combination therapy on zebrafish carrying the key genetic mutation that causes cystic fibrosis in humans and mimics how our immune system responds to bacterial infections. Then the team obtained samples of an antibiotic-resistant form of M. abscessus from a cystic fibrosis patient to infect the cystic fibrosis zebrafish and test their new treatment.

First, they needed to find out how these cystic fibrosis zebrafish reacted to the M. abscessus infection. Monitoring the animals for 12 days, they found that the fish developed serious infections with abscesses and suffered a high death rate; only 20% survived. Next the team tested how well the infected fish recovered when injected with Muddy, the antibacterial bacteriophage, over a period of 5 days. This time, the fish had much less severe infections, increased chances of survival (40%) and had fewer of the abscesses suffered by the fish during a severe infection.

Then the authors searched for an antibiotic to pair up with Muddy and found that rifabutin could treat the M. abscessus infection as effectively as the bacteriophage alone. After identifying rifabutin, Kremer and colleagues treated the infected fish for 5 days with the antibiotic and bacteriophage. With this combination treatment, the fishes’ infections were much less severe; the fishes’ survival rate rocketed to 70% and they suffered far fewer abscesses. This is a dramatic improvement compared to fish treated with only the antibiotic, which had a 40% survival rate.

Having shown that it is possible to treat an antibiotic-resistant infection in vulnerable zebrafish with specially targeted bacteriophages, the authors hope this treatment can eventually be transferred to the clinic to begin saving human lives.

“We need clinical trials, but there will be many other questions to be answered on our way there and zebrafish provide a very helpful tool for advancing these questions.” says Graham Hatfull from University of Pittsburgh. Matt Johansen of Université de Montpellier is optimistic that zebrafish will continue to play a key role in our battle against antibiotic-resistance, saying “We believe that zebrafish will help us understand many bacteriophage-bacteria pairings in our fight against multi-drug resistant pathogens."