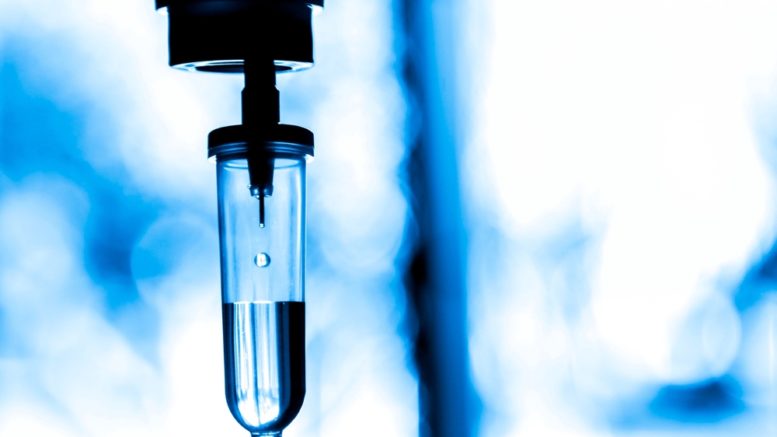 Peripherally inserted central catheters (PICCs) that use a magnetized tip to guide insertion were associated with serious allergic reactions in patients, according to a study published today in Infection Control & Hospital Epidemiology. Severe adverse reactions occurred in patients within minutes of PICC insertion.

PICCs are long IV lines inserted through a small vein in the upper arm and into the chest to administer antibiotics, other medications, or nutrition over a long period of time. PICC lines are an alternative to central venous catheters, which require more training for insertion and are associated with more serious complications and infections.

"Our findings emphasize the need to recognize and carefully evaluate adverse reactions following PICC insertion and not to discount them as fainting episodes," said John Conly, MD, a professor of medicine at University of Calgary and Alberta Health Services, Canada, and lead author of the study. Conly said because the study is observational, it cannot be used to determine the cause of the reactions.

After reports of serious adverse events following PICC insertions, including hypersensitivity and anaphylaxis type reactions, researchers from Alberta Health Services and the University of Calgary began a four-year investigation comparing adverse events at two hospitals that used two kinds of PICCs that employed the magnetized Sherlock Tip Locating System (TLS) with two hospitals that used PICC systems that do not employ the magnetized insertion system. Standardized definitions were applied in studying the reactions since the symptoms and signs of hypersensitivity and anaphylaxis type reactions can be mimicked by many other conditions.

Investigators identified 37 anaphylactic and anaphylactoid reactions among 8,257 insertions at two centers using PICC line systems that utilized the TLS while centers inserting similar products without the magnetized tip location system did not report any such reactions with 8,380 insertions.