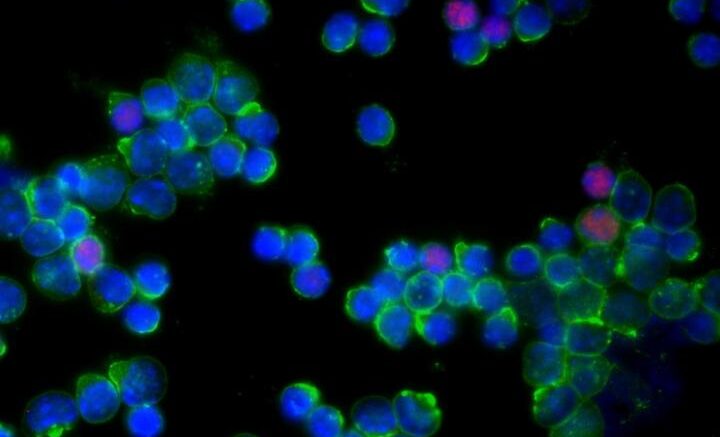 Samples from the lungs of patients show a runaway immune system reaction could be one mechanism behind severe COVID-19 cases.

When infected with the SARS-CoV-2 coronavirus, many people experience mild and moderate symptoms, but for some people infection can be severe or fatal. Scientists are urgently seeking to understand how COVID-19 can become severe.

Now, a study led by Imperial College London researchers has revealed how an overreaction of part of the immune system could be linked to severe cases of COVID-19.

When we are infected with pathogens like bacteria and viruses, our bodies mount several types of immune system response. One of the major components are T cells, which come in several different forms that coordinate the immune response, from killing infected cells to recruiting more T cells to the fight.

Sometimes, our immune system overreacts to invaders, for example during an allergic reaction, resulting in T cells killing normal, healthy cells and causing tissue damage. However, there is a 'brake mechanism' that should kick in, causing T cells to reduce their activity and calming inflammation.

The new research, published today in Frontiers in Immunology, shows how this brake mechanism does not appear to kick in in severe COVID-19 cases.

Lead researcher Dr. Masahiro Ono, from the Department of Life Sciences at Imperial, said, "We desperately need new ways to reduce the impact of COVID-19 in severely affected patients. This starts with understanding exactly what is going wrong and causing them damage. We hope this study will go some way to answering this question, and lead to new tools to fight the disease."

Although the samples were from relatively few patients, the team investigated gene usage in single cells, gaining fine detail on the immune system response. This method allowed them to analyze rare cells and their dynamics, which cannot be achieved with conventional methods.

The found that the lungs of severe COVID-19 patients had accumulated a broad range of 'hyperactivated' T cells, suggesting the brake mechanism had failed. This overreaction 'paralyses' the overall T cell system, causing it to fail at fighting the virus, as well as causing more damage to the lungs through severe inflammation and tissue destruction.

On closer inspection of the mechanism, the researchers found that the protein 'Foxp3', which usually induced the brake mechanism, is inhibited in lungs of severe COVID-19 patients. They are unsure why Foxp3 is inhibited, but further study could reveal this, and potentially lead to a way to put the brakes back on the T cell response, reducing the severity of the disease.

First author Dr. Bahire Kalfaoglu, from the Department of Life Sciences at Imperial, said, "Our study looked at just a few patients, but analyzed thousands of their cells in great detail, revealing a new mechanism of COVID-19 worsening. With more study, we hope to further understand the mechanism of Foxp3 inhibition, and potentially, how to reverse it."