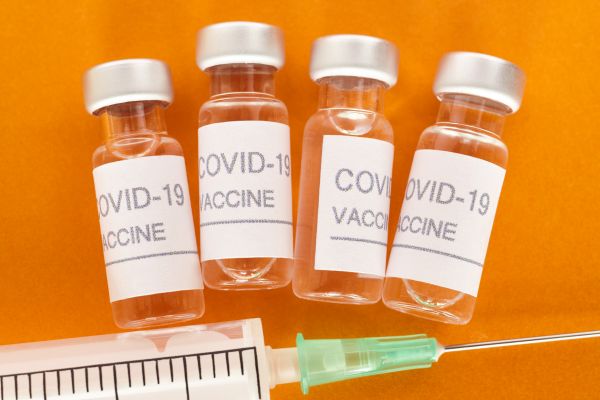 Across the world, healthcare workers and high-risk groups are beginning to receive COVID-19 vaccines, offering hope for a return to normalcy amidst the pandemic. However, the vaccines authorized for emergency use in the U.S. require two doses to be effective, which can create problems with logistics and compliance. Now, researchers reporting in ACS Central Science have developed a nanoparticle vaccine that elicits a virus-neutralizing antibody response in mice after only a single dose.

The primary target for COVID-19 vaccines is the spike protein, which is necessary for SARS-CoV-2's entry into cells. Both of the vaccines currently authorized in the U.S. are mRNA vaccines that cause human cells to temporarily produce the spike protein, triggering an immune response and antibody production. Peter Kim and colleagues wanted to try a different approach: a vaccine consisting of multiple copies of the spike protein displayed on ferritin nanoparticles. Ferritin is an iron storage protein found in many organisms that self-assembles into a larger nanoparticle. Other proteins, such as viral antigens, can be fused to ferritin so that each nanoparticle displays several copies of the protein, which might cause a stronger immune response than a single copy.

The researchers spliced spike protein and ferritin DNA together and then expressed the hybrid protein in cultured mammalian cells. The ferritin self-assembled into nanoparticles, each bearing eight copies of the spike protein trimer. The team purified the spike/ferritin particles and injected them into mice. After a single immunization, mice produced neutralizing antibody titers that were at least two times higher than those in convalescent plasma from COVID-19 patients, and significantly higher than those in mice immunized with the spike protein alone. A second immunization 21 days later produced even higher antibody levels. Although these results must be confirmed in human clinical trials, they suggest that the spike/ferritin nanoparticles may be a viable strategy for single-dose vaccination against COVID-19, the researchers say.