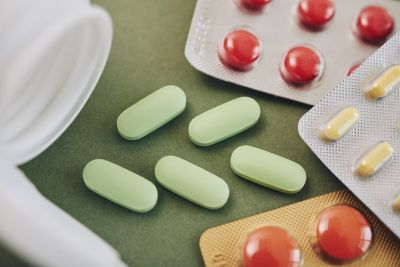 A team of investigators from the Republic of China has discovered that six drugs previously approved by the Food and Drug Administration (FDA) for other indications could be repurposed to treat or prevent COVID-19. The research is published in Antimicrobial Agents and Chemotherapy, a journal of the American Society for Microbiology.

The research shows that the investigators screened 2 large drug libraries cumulatively containing 3,769 FDA-approved drugs and found drugs that can inhibit 2 protein-cutting enzymes, called proteases, that are essential to the replication of SARS-CoV-2.

The assays for testing the drugs involved growing the virus in petri dishes, applying each drug to different petri dishes containing the virus, and then conducting plaque reduction assays to determine each drug's effectiveness. The original outbreak strain, clade S, was used in the assays. ("Clade" is a technical term for a familial group.)

The researchers, led by corresponding author Po-Huang Liang, PhD, also plan to test the drugs against the dominant GR strain, which was the first variant to emerge, in late January or February, 2020, and the recent, highly contagious United Kingdom strain. Dr. Liang is research fellow and professor at the Institute of Biological Chemistry, Academia Sinica, Taiwan, Republic of China.

Their research also enables the investigators to better understand how coronavirus proteases recognize their substrates during replication. That will help them tweak the drugs they identified to be more effective inhibitors against the protease.

"Despite the variations of the virus strains emerging over the years, considering the significance of the 3CL protease in the viral replication, and the relatively low likelihood for this protein target to mutate, we aim to develop a broad spectrum of antiviral drugs using our platform, helping to prevent the emergence of future pathogenic SARS-CoV strains," said Liang.